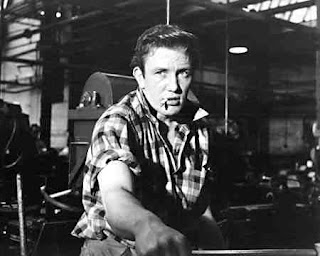 Alan Sillitoe burst onto the literary scene in the late 50s with the dynamic one-two of ‘Saturday Night and Sunday Morning’ and ‘The Loneliness of the Long-Distance Runner’, both of which earned him lifelong membership-by-default of the “angry young man” school of writing. That both were made into landmark British films also bracketed in the “angry young man” movement kind of sealed the deal.

Sillitoe always denied that he was part of any movement, and that’s true. His breadth of work proved diverse enough that trying to pigeonhole him is redundant. Novels, short stories, plays, poetry, non-fiction, autobiography, travel writing. His subjects ranged from tense adventure stories (‘The Lost Flying Boat’, ‘The German Numbers Woman’) to political satire (‘Travels in Nihilon’) by way of broad, laddish comedy (‘A Start in Life’, ‘Life Goes On’) and the kind of punchy working class dramas that made his name in the first place. His stylistic approaches include what I can only describe as pre-meta-fiction (‘The Storyteller’ – an horrifically compelling investigation into the mentality and dangers of the writer’s profession) and feminist sensibility (‘Her Victory’).

Truly, he was a man of many facets, many voices and – with over fifty publications to his name – almost inextinguishable literary capacity. Inextinguishable, that is, until two days ago when Alan Sillitoe – one of my home town’s triumvirate of literary heroes (the other two being Lord Byron and D.H. Lawrence) – passed away at the age of 82.

He may not have been a fully paid up member of the angry young men, but Sillitoe was definitely a rebel with a cause. And his cause was the common man. In Richard Bradford’s obituary in The Guardian, there’s a wonderful anecdote about the teenage Sillitoe that made me smile through the sadness and lift a glass to the man’s indomitable spirit as well as his artistic legacy:

As a 14-year-old factory worker during the war, he was informed by the shop steward that union membership was compulsory, that it was for his own good and that fees would be deducted from his wages. Sillitoe returned to his bench after urging the official to "fuck off and get dive-bombed".

This is the Alan Sillitoe of ‘Saturday Night and Sunday Morning’, and you can imagine Arthur Seaton, the belligerent protagonist of that novel, coming out with something equally defiant and attitudinous while marking time on the job, waiting for his shift to end and the pubs to open. Played with bullish immediacy and roguish charm by Albert Finney in Karel Reisz’s film, Seaton is one of British cinema’s most enduring (and, perversely, endearing) anti-heroes. Imagine Mick Travis in ‘If…’ removed from the boarding school environment, a failed 11-plus behind him and nothing in front of him but forty years of drudgery at a lathe. Imagine Alex the Droog in ‘A Clockwork Orange’ with a penchant for a pint of bitter instead of the old moloko, greasy overalls instead of the boilersuit and no fuckin’ intention whatsoever of wearing anything as poncy as false eyelashes.

Reisz nails the daily grind of working class life (the opening scene has Seaton repetition turning metal parts on his lathe: “nine hundred and fifty four,” he grunts as he chucks another component on the pile; “nine hundred and fifty bloody five” as yet another one follows it), the no-bullshit camaraderie and hard-drinking catharsis of the working man (“I’m out for a good time – all the rest is propaganda”), and the smoke-wreathed pubs Seaton does his boozing, proselytizing and womanizing in. 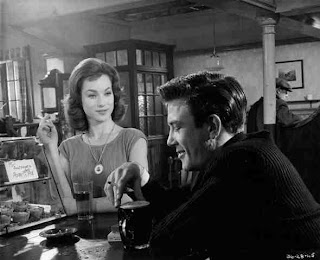 (One of my favourite bits of dialogue has Seaton’s Aunt Ada and her consort Bert reminiscing about a night of free boozing down their local:

Ada: Our Ethel clipped with a bloke and he brought us drinks all round, whole gang of us.
Bert: Must have got through a good five quid, the soft bastard. Still, he had a car so a I suppose he could afford it.

‘Saturday Night and Sunday Morning’ is authentic to the nines. Your average bit of Mike Leigh or Ken Loach kitch-sinkery comes off as wishy-washy by comparison. Alan Sillitoe’s novel is one of the great works of post-war realism, Karel Reisz’s adaptation translates its source material brilliantly, and Finney’s characterisation justifiably made him an icon.

The literary world is poorer this month for Sillitoe’s death. If you’ve never read it, go buy a copy of ‘Saturday Night and Sunday Morning’; if you’ve never seen it, or if you’ve just not seen it for a while, add the film to your rental list. They complement each other perfectly. ‘Saturday Night and Sunday Morning’ is British literature and British cinema the way it should be.