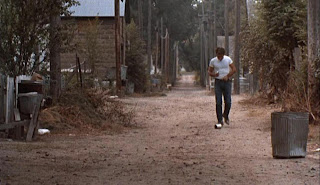 Charles Starkweather was an eighteen year old high school drop-out with a nihilistic attitude towards life and a bum job collecting trash. Caril Ann Fugate was thirteen; she probably liked the fact that he looked like James Dean. After Starkweather killed her mother, step-father and step-sister, she joined him on what a tabloid hack would probably describe as an eight-day killing spree.

Apprehended, Starkweather got the death penalty. Fugate was sentenced to life, but paroled after 17 years. Starkweather died in the electric chair at the Nebraska State Penitentiary on 25 June 1959. Fifty years down the line, thanks to movies, books and a particularly haunting acoustic number by Bruce Springsteen, Starkweather and Fugate are still a part of the cultural consciousness – almost a subversion of it.

Fugate is the exemplar of every parent’s fear: the impressionable and, in the final analysis, disturbingly complicit girl next door whose inner Lolita is unlocked by the swaggering denim-clad bad boy from the wrong side of the tracks. Starkweather is the darkest character Jim Thompson never created: a scab on the values of small town America; a Brylcreemed and dead-eyed “fuck you” to the American dream.

Starkweather and Fugate have inspired at least half a dozen movies, the first – James Landis’s ‘The Sadist’ – released just four years after Starkweather’s execution; the most recent – Bryon Werner’s ‘Starkweather’ – in 2004. Perhaps their most unexpected reflection on the big screen has been in the performances of Martin Sheen and Sissy Spacek (both delivering career-making turns) in Terrence Malick’s extraordinarily poetic ‘Badlands’. 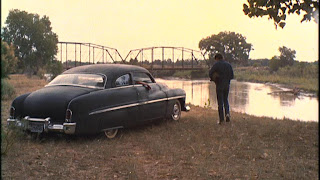 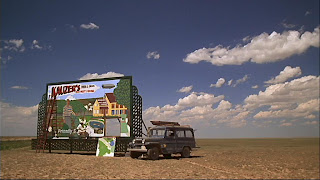 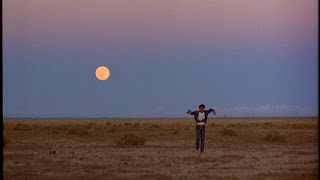 Malick’s film, as spelled out in a post-credits disclaimer, is ostensibly a work of fiction. Ergo his good-looking young sociopaths are called Kit and Holly. And while the order and dynamics of the murders – Holly’s father (Warren Oates) at their home; a friend of Kit’s at his out-of-the-way farmhouse; a couple of college kids in an underground bunker – are patterned on the actual events, other aspects diverge. The redacting of Holly’s family to just her father spares us the brutal killing of Fugate’s two-year-old step-sister. The rich man whose house Kit and Holly hide out at before their final, ill-fated dash for freedom is repaid for his courtesy by surviving their ministrations. Industrialist C. Lauer Ward – along with his wife and their maid – wasn’t so lucky.
Malick’s fictive revisions of the story find their fullest expression in Sheen’s performance as Kit. Laconic, loquacious, querulous and quasi-philosophical, Kit kicks his heels in a cinematic middle-ground between the sanguine and sanguinary. There is nothing here of Starkweather’s determinedly murderous outlook. Malick instead seems to have taken as his starting point Starkweather’s resemblance to James Dean. Notice how Kit, even under pressure, acts out the drawlingly cynical anti-hero part whenever the camera has him in close-up, or in a clinch with Holly, or exchanging shots with deputies during a dusty and high-speed chase. Even moments before his capture, he takes time to arrange a pile of rocks to mark the scene – an unprecedented example of a character organising his own set dressing. 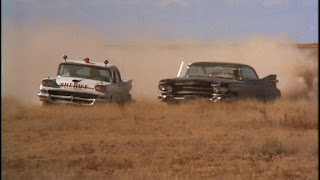 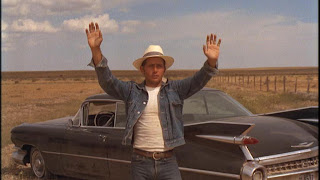 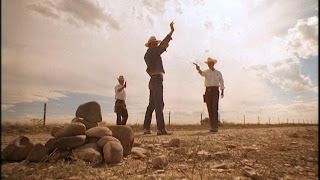 However, the few occasions he seems lost, confused or unable to rationalise his actions with a lazy grin or a wink or a throwaway quip, he’s caught almost accidentally in long shot. Kit, in other words, is acting the lead role in a movie that will only ever be shown in the picture palace of his mind. His relationship with Holly is predicated on her similarly detached and delusive worldview. ‘Badlands’ is narrated by Holly. Not that she lends any context, insight or clarification to the events as they unfold (she even admits to not knowing why Kit commits a particular murder, taking it on trust when he claims that it would be bad luck to talk about it); rather, she talks us through the story via a litany of clichés straight out of the pages of romantic fiction. Or the pages of movie magazines. As Kit drives hell-for-leather for the border, Holly blandly reads the gossip column of one such publication. There are at least half a dozen corpses in their wake at this point, Kit is forcing a stolen car through rough terrain and the most important thing to Holly is whether there’s any truth in the rumours about Rita Hayworth’s love life.
For me, the key sequence is Kit and Holly’s forest idyll. This is where the disparity between Kit and Holly’s fantasy world and the bloody reality of Kit’s trigger-happy tendencies achieves a brief and spectacularly interrupted synthesis. Malick abandons his already slender concession to genre expectations and punctuates a montage of Kit and Holly’s sojourn among the trees with some exquisite and beautifully observational wildlife photography, “Gassenhauer” from Carl Orff’s ‘Musica Poetica’ filling the soundtrack. ‘Badlands’, already something considerably more than just a true crime flick, achieves transcendence at this point. Becomes art. I’ll go as far as saying that ‘Badlands’ gets as close as any American director has ever come to Werner Herzog’s principle of “ecstatic truth”. 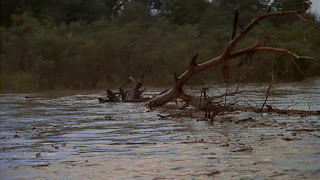 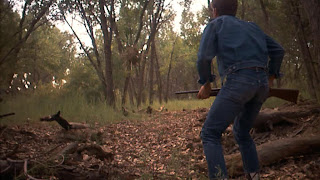 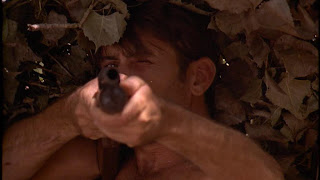 Painterly, hypnotic and unforgettable, ‘Badlands’ is shot through with scene after scene demonstrating the relationship between character and landscape and exploring how the two influence and define each other. The result is some of the most striking, poignant and memorable images in the whole of American cinema. Indeed there are moments where Malick conjures visual poetry so profound in its unexpectedness that you could almost mistake ‘Badlands’ for a Werner Herzog movie. And I can’t think of any higher praise than that.

I mean the "Treehouse" scene alone...

Yes, this is a wonderful post and you really nail the poetic beauty of the imagery in this film. It's amazing to think that he would go on to make DAYS OF HEAVEN after BADLANDS!

I can't wait for TREE OF LIFE and the accompanying IMAX documentary.

Bryce - agreed; that whole woodland idyll sequence is just something else.

J.D. - I really need to revisit 'Days of Heaven'. Your post on it was excellent.

Thanks for commenting, gents.