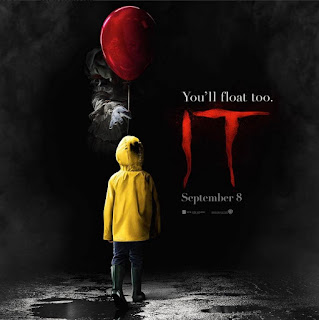 ‘It’ arrives in cinemas on a wave of such critical adulation that you’d be forgiven for thinking it’s a modern classic of the genre and the best Stephen King adaptation by a country mile.

The latter is a disingenuous tag anyway. King has been remarkably ill-served by adaptations: Kubrick’s ‘The Shining’, while technically brilliant, ditches everything that’s pure King in favour of a bunch of things that are pure Kubrick; de Palma’s ‘Carrie’ again favours technical prowess over storytelling; Tobe Hooper’s TV mini-series of ‘Salem’s Lot’ is an honourable attempt at adapting a dense novel whilst strictured by budgetary limitations and the aesthetics of the small screen; the same goes for Tommy Lee Wallace’s original take on ‘It’.

Elsewhere, the likes of ‘Silver Bullet’, ‘The Lawnmower Man’, ‘Maximum Overdrive’, ‘Sometimes They Come Back’, ‘The Mangler’ and ‘Sleepwalkers’ proliferate, while the less said about King’s pretentiously self-declared “novel for television” ‘Storm of the Century’, the better. Compared to much of what’s on offer, the likes of ‘1402’ and ‘Secret Window’ seem like highpoints.

In fact, there’s a case to be made that unless a Stephen King adaptation has “directed by Frank Darabont” in the opening credits, it probably won’t be much cop.

All of which brings us to Andy Muschietti’s ‘It’. Or ‘It: Chapter One’, given that this film concentrates only on the sections of the novel set in 1950s small town America. Only Muschietti and his various screenwriters have transposed these sections to the 1980s. Superficially, it makes sense – ‘It’ concerns a cycle of disappearances that afflicts the seemingly bucolic tower of Derry, Maine, every 27 years, and having the kids as kids in the late 80s means the filmmakers can set ‘It: Chapter Two’ contemporarily. But it’s a decision that immediately creates two problems. First, the way kids behaved in the 1950s is nothing like the way kids behaved in the 1980s. A kid housebound through illness who makes a paper boat for his brother? 1950s, yep. 1980s, they’d both be playing Nintendo. A kid so fascinated by a red balloon that he follows it into a library basement? 1950s, okay I buy it. 1980s, hell no. Second, the 1980s period trappings – indeed, the very look of the film – is pure ‘Stranger Things’. Throw in that show’s breakout star Finn Wolfhard as the foul-mouthed Richie Tozier and the whole edifice becomes top-heavy. Half the time, I thought I was watching ‘Stranger Things: The Movie’ and not a Stephen King adaptation.

Did I say Wolfhard’s character was foul-mouthed? And. Fucking. Then. Some. Remember the honed dialogue of the novel and the 1990 miniseries that establishes the bonded-as-outcasts friendship of the Losers Club? Here, it’s dialled down to a constant stream of dick jokes and “your momma” ripostes. Ordinarily, swearing in movies doesn’t bother me, and in numerous cases – ‘In Bruges’, step forward – it’s crucial to the aesthetic, but hearing the young cast of ‘It’ spewing an incessant stream of fuck fuck fuck dick your momma for two and a quarter hours became as tedious as it was dispiriting.

There are other problems: the first hour resolutely avoids any hint of narrative, instead leaping all over the place as a series of loosely related vignettes; the jump scares are telegraphed so predictably that there may as well have been a countdown timer in the top left hand corner of the screen; the score, by Benjamin Wallfisch, is so intrusive that it’s as if Wallfisch were sitting in the seat next to you, continually telling you, in a loud whisper, that the next bit is, like, really really scary … all the way through the motherfucking film; the adult cast are saddled with clichéd, one-dimensional roles; and the entire production design is over-designed. When the kids venture into a spooky old house, it’s self-consciously spooky rather than being organically creepy. When they descend into the drains to battle Pennywise, you’d think there was a whole Jeunet and Caro metropolis down there, not just a drainage system. Oh, and positively the worst thing the film does it take everything that was interesting in the novel about the black kid and either cut it out entirely or gives it to the fat kid. In its own way, it’s as bad as the whitewashing in ‘Ghost in the Shell’.

What ‘It’ does have in its favour is two bona fide great performances: Bill Skarsgård gives us a Pennywise that not only survives comparison with Tim Curry’s evergreen performance but actually makes the character his own; and Sophia Lillis as Bev just radiates star quality. She turns in a nuanced piece of characterisation that belies her 15 years. Every bit of emotion that the film achives (rather than faking in a very Spielbergian way) is down to Lillis. Damn shame, then, that the film both objectifies the hell out of her and reduces her to damsel-in-distress for the finale when she’d been allowed to be so capable in earlier scenes.

‘It’ isn’t a bad film - it’s floating around at the higher end of the second division in terms of King adaptations - but there’s just something so ordinary about it; it looks and feels no different to any horror film made in the last decade and a half. A sense of missed opportunity pervades. Tommy Lee Wallace’s small screen adaptation – for all its budgetary constraints and naff special effects – remains the better work.
Posted by Neil Fulwood at 9:55 PM