WINTER OF DISCONTENT: Rise of the Footsoldier 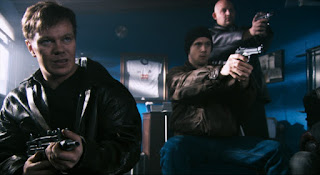 There’s a certain aspect of the British mindset that gets all sentimental over criminality. There are those who profess a nostalgia for the Krays, chiefly based on the observation that they loved their mam, gawd bless ’em. Peter Medak’s 1990 film of their lives falls into this trap. Ditto David Green’s ‘Buster’, starring Phil Collins as Buster Edwards, one of the Great Train Robbers, a film that plays out as a light romantic comedy and conveniently omits the coshing of train driver Jack Mills and the track-side attack on David Whitby.

Julian Gilbey’s ‘Rise of the Footsoldier’ – an energetic account of the life and crimes of Clayton Leach, on whose autobiography ‘Muscle’ the film is based – doesn’t fall victim to Medak’s myth-making or Green’s wholescale hagiography, but remains curiously unsatisfying, not least because of its slavish adherence to a three act structure which necessitates the almost complete sidelining of its anti-hero for the last third.

It’s easy to see why Gilbey, co-scripting with his brother William, opted for this structure, though. On paper, the story cleanly delineates across three decades: the 70s, in which Leach (Ricci Harnett) makes a name for himself as a member of the I.C.F. (the Inter City Firm, an organized group of football hooligans so named because they took InterCity trains to matches rather than the more traditional buses); the 80s, in which Leach develops and underworld career and starts coining it on the rave scene; and the 90s, in which associates Tony Tucker (Terry Stone) and Pat Tate (Craig Fairbrass) start spiraling out of control and fucking things up for everyone else and things come to a bloody end down a rutted farm track in Rettendon. 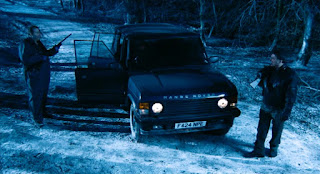 And things start out effectively enough as Gilbey plunges the viewer headfirst in an almost nauseatingly visceral evocation of 70s football hooliganism. Everything that Lexi Alexander’s ‘Green Street’ tried so hard to be in its interminable 109 minutes, ‘Rise of the Footsoldier’ wipes the floor with in its first 20. It’s a roundhouse swing of visceral take-no-prisoners filmmaking, easily the most unflinching depiction of the subject since Philip Davis’s ‘I.D.’, and if the credits had rolled on ‘Rise of the Footsoldier’ as a twenty minute short I’d probably be calling it a masterpiece.

Unfortunately, Act One sets the bar too high. Nothing that follows remotely lives up to it. In fact, Act Two is a complete inversion. If Gilbey’s portrayal of football related violence is brutish and all-too-convincing, then his take on 80s rave culture is just plain ridiculous. The music, the fashions and his filmic suggestion of how E effects the user are howlingly wide of the mark. It’s a relief when Leach graduates from doorman duties to providing protection to local dealers and hooks up with Tucker. The clichés still come thick and fast – particularly in the dialogue, which never rises above the “yew faakin’ cahnt” standard beloved of so many recent British crime flicks – but at least there’s a bit more at stake and the pace benefits as a result. Nothing benefits the film’s treatment of women, though, where every female character is reduced to slapper, stripper, pothead or mistreated wife. 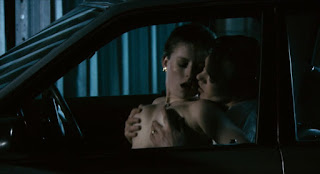 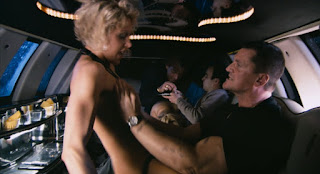 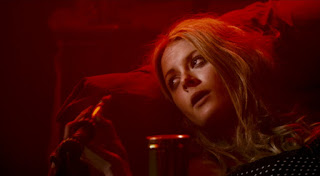 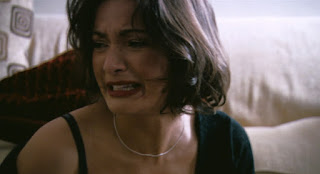 Then Act Three comes lumbering on as Leach finds himself on the periphery of a heroin deal that goes south and some very hardcore Turks bring the pain. So of his crew get hurt, but Tucker dissuades Leach from going to war. It’s at this point that the narrative begins to derail. Though never lacking for drama – be it a ‘Rashomon’ style replaying of the Rettendon hit as various possible perpetrators are put in the frame, or Pat Tate going off on one over a pizza order in a scene that would be funny if it weren’t so brutal – the final stretch of ‘Rise of the Footsoldier’ never recovers from leaving its anti-hero on said periphery.

Put simply, there’s no sense of Leach’s position in the underworld during all of this, of what he was doing behind the scenes. He just disappears for long stretches while Tucker and Tate get mixed up in any number of dodgy schemes, bring down too much attention, and finally keep their rendezvous with some heavy firepower down a farm track in the dead of winter. ‘Rise of the Footsoldier’ – the first hour earns the title. But it’s more like ‘Footsoldier on the Sidelines’ by the time the final whistle blows.
Posted by Neil Fulwood at 10:37 AM

I have just installed iStripper, and now I enjoy having the hottest virtual strippers stripping on my desktop.