WINTER OF DISCONTENT: The Frightened Woman 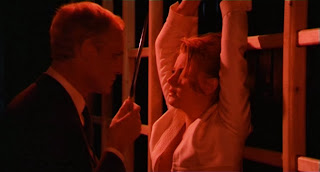 A Rolls Royce glides at stately pace through the night. Gida (Lorenza Guerrieri), a call girl in a fur coat and a short skirt rubs, antiseptic cream onto the marks on her otherwise shapely legs. “You really hurt me this time,” she complains. She doesn’t complain when the unseen man next to her writes out a cheque. He takes a while doing it, the implication being there’s enough zeroes in front of the decimal point to make it worth her while. Then again, this is Italy in the late sixties, way before the Euro, when a million lira was worth about one pound sterling, so maybe she got stiffed. In both senses of the word.

Without pausing to consider the plausibility of a call girl who takes cheques, the film jumps forward a week and Gida’s refusing the same john another go around, pleading illness. She makes her excuses by phone; what’s happening onscreen tells another story. 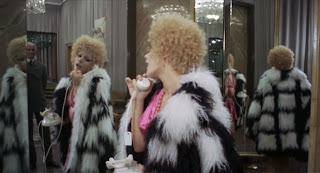 Then we’re in the glacially appointed premises of a “philanthropic organisation” where a weasly minor executive with an eye patch (Varo Soleri) is getting the heavo-ho over an embezzlement case. He pleads with Dr Sayer (Philippe Leroy), a big wheel within the organisation, to put in a word for him with the board. Sayer refuses. The minor executive takes his leave, but not before vandalising a bit of corporate art and making off with some gold lettering.

Next up, journalist Maria (Dagmar Lassander) approaches Sayer about some material pertaining to a story he’s writing. They have a disagreement, but Sayer nonetheless invites her to visit him in private to collect the material. Bad move. Maria finds herself drugged and wakes up at Sayer’s bizarrely decorated weekend residence – general location: middle of nowhere – where he casually advises her to get used to the idea of being his slave, and before you can say ‘Fifty Shades of Kitsch’ a series of psycho-sexual games are played out against the backdrop of gaudily decorated living rooms, torture dens, indoor swimming pools and a huge art installation reminiscent of the work of the visually-challenged sculptor in Yasuzo Masumura’s ‘Blind Beast’, made the same year. 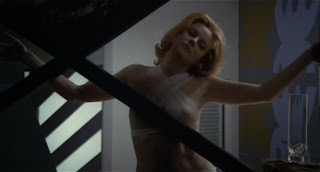 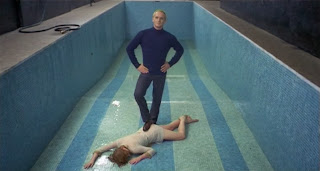 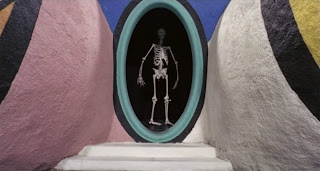 ‘The Frightened Woman’ may be many things, but it certainly isn’t tedious or repetitive. Shivazappa makes a sudden tonal shift in the second half to focus on a bizarre courtship of sorts. Watching Sayer go from Mr Ice Cool to Mr Trying To Be Cool is a demented spectacle which carries the film across a fair few stretches of what-the-fuckery. Gasp as Sayer and Maria make out in his car by a railway crossing! (The visual metaphor that tells us Sayer’s getting a BJ is priceless.) 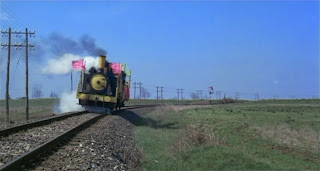 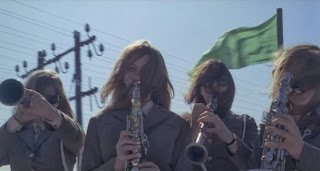 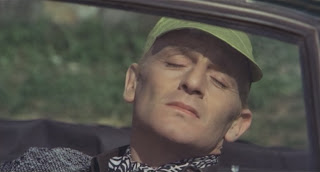 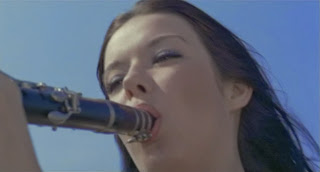 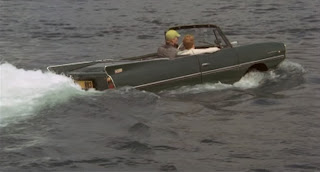 Marvel at how they ever found that castle-cum-restaurant! 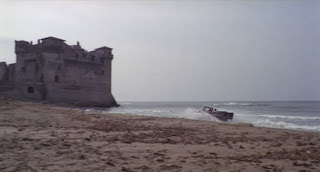 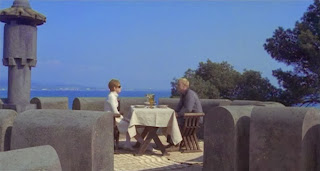 Chortle at their embarrassment being caught like naughty schoolchildren in a dwarf’s bedroom! 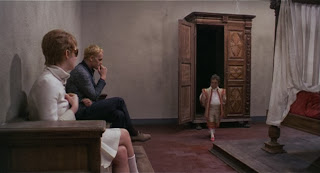 Scratch your head at the cathartically satisfying but utterly incoherent twist ending! Seriously. A twist ending rendered more completely nonsensical in terms of its mechanics I have yet to see. There’s some business with a bottle of pills that holds water, but the rest of it – I don’t want to hove into spoiler territory, so let’s just say: wig, medical condition, photograph album – seems to have been pulled out of the drawer marked “no fucking way” and rubber stamped with “shut up, the audience won’t notice, they’ll be looking at Dagmar’s boobs”. It’s as if the denouement is so concerned with circularity – the Rolls Royce reappears, its ownership now in question, and there’s even a visual cue which makes an implication about our mono-ocular miscreant from the first scene, albeit one that’s impossible given the film’s timeframe – that the script created its own vortex which swallowed up logic, continuity and suspension of disbelief. The plot hole as black hole.
Posted by Neil Fulwood at 7:47 PM