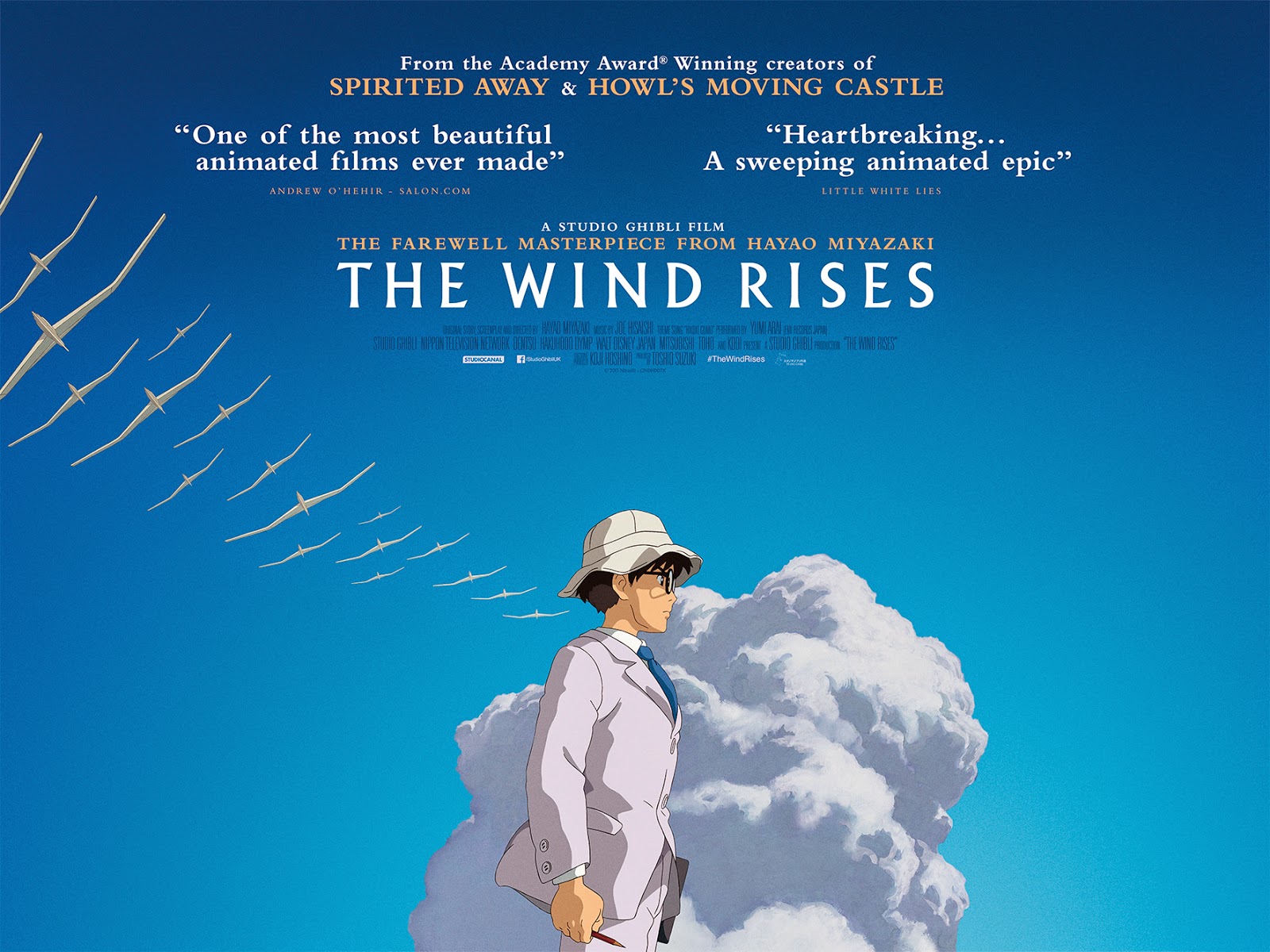 ‘The Wind Rises’ is a fantasia on the magic – and dangers – of flight, a meditation on the weight of history, a statement on human fragility and the brief time we have together, and a fitting swansong for Studio Ghibli pioneer Hayao Miyazaki.

The operative word being “fantasia”. Miyazaki doesn’t attempt to forge a traditional biopic; indeed, what could be more fraught than trying to tell the life story of the guy who designed the Zero fighter. Even the film in its extant form has the long shadow of Pearl Harbor hanging over it.

Miyazaki’s protagonist is Jiro Horikoshi, but rather than draw from the designer’s own writings (he was a precise and eloquent diarist as well as penning the part-memoir part-technical book ‘Eagles of Mitsubushi: The Story of the Zero Fighter’), Miyazaki creates a fictionalised history inspired, in part, by Tatsuo Hori’s short story ‘The Wind Has Risen’. The title of this, and by truncation the film, owes to a quote from Paul Valery that opens the movie: “The wind is rising. We must try to live.” These lines are quoted several times during the film’s often leisurely 126 minutes.

For all that much of Horikoshi’s life is jettisoned, altered or completely fabricated – for instance, he had a brother, not the sister bent on becoming a doctor who is one of the film’s more important secondary characters; while the business about his wife’s illness and the sanatorium she’s sent to is straight out of Hori’s fictional work – Miyazaki wholly embraces a documented fact about Horikoshi’s life that might otherwise have languished as a piece of trivia: Horikoshi was a vivid dreamer, and he particularly dreamed of aircraft of his own design.

It’s hardly surprising that Miyazaki seizes on this concept from the off, introducing Horikoshi as a boy pouring over European magazines then taking to the skies in the first of several flamboyant and hyper-stylized dream sequences that leave you in no doubt that the director of ‘Porco Rosso’, ‘Laputa: Castle in the Sky’ and ‘Kiki’s Delivery Service’ is at the controls. Horikoshi’s dreams bring him into preternatural contact with Italian aviation guru Count Caproni – presumably Giovanni Battista Caproni, although it has been suggested that the character also stands in for Miyazaki himself – who serves as a mentor.

The Horikoshi/Caproni relationship not only allows for more delightful fantasias on flight, landscape and the purity of striving for a dream; it foreshadows the eventual bastardisation of Horikoshi’s aeronautical ideals. Caproni is variously depicted as designing a huge passenger aircraft that barely leaves the ground on its maiden flight before shattering apart, and building a far more successfully designed bomber for the Italian airforce. In a scene filled with gleeful hi-jinks, he takes scores of the neighbourhood children for a joyride in the bomber before he delivers it.

As Horikoshi matures from boy to student to designer to husband, he never develops Caproni’s rambunctious personality – he’s a quiet and somewhat introverted character – but he shares Caproni’s idealism (“aircraft are a beautiful dreamer” the Italian remarks, more than once) even if the nature of his vocation means that one’s national air force are more often than not one’s client. If Horikoshi remains something of a blank canvas throughout the film, it’s because he serves as a receptacle for so much of what has underpinned Miyazaki’s aesthetic as a filmmaker throughout his entire career.

Some friends have ruefully expressed a mild disappointment, saying they’d hoped Miyazaki would have returned to the magical mise-en-scene of ‘Spirited Away’ or ‘Howl’s Moving Castle’ for his last go-around. Personally, I find it entirely fitting that a world-class animator in the autumn of his career should bow out with a profound and dignified consideration of history, humanity, war and idealism – and do so entirely on his own terms.
Posted by Neil Fulwood at 9:30 PM