WINTER OF DISCONTENT: The Black Gestapo 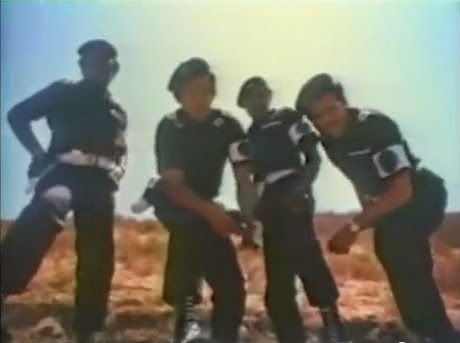 But perhaps the most infamous film he put his name to was ‘The Black Gestapo’. Now, the key to any good exploitationer is its title: that’s what gets the punters through the door. However, there are some titles which almost warn you away from the product. Here at Agitation, though, we heed no such warnings.

Despite an opening credits sequence which depicts the actual Gestapo, and even Hitler himself, the images fading into negative so that the white Aryan faces become black (yes: they went there), the film is set in Watts in the 1970s. General Ahmed (Rod Perry) leads the People’s Army, a socially-motivated group funded by philanthropic contributions, or “black helping black with white money” as the script unsubtly puts it. One of Ahmed’s pet project is Dr Lisk (Rai Tasco)’s detox clinic, where he tries to rehabilitate addicts who have been leeched of cash and dignity by the mob pushers and enforcers who have a strangehold on the community. The fact that Ahmed’s ex-girlfriend Marsha (Angela Brent) works as a nurse at the clinic and he wants to get back with her is purely coincidental. Like it doesn’t even factor. 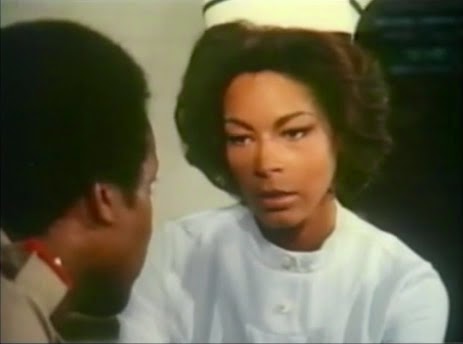 Ahmed’s second-in-command Colonel Kojah (Charles Robinson) sees the People’s Army as an Army and is continually frustrated that Ahmed runs the outfit like a boy scout troop. When Marsha is assaulted by a couple of mob goons, who also beat up the People’s Army volunteers who try to intercede, Kojah convinces Ahmed to let him train up a protection squad. Ahmed is dubious but reluctantly agrees, specifying that Kojah can have six men and that they are only to defend, never attack. Before you can say “power corrupts and absolute power corrupts absolutely”, Kojah is conducting a turf war against the mob, shaking down the very citizens he’s supposed to be protecting and funding his own personal army. Acquiring a tasty piece of real estate out of town – the kind of pad that has a tennis court and a swimming pool – Kojah ups the number of recruits and makes over the tennis court as a parade ground. And the swimming pool? That’ll be the main feature of the “officers only” section of the compound, thank you very much.

So the title’s a metaphor, then? How one element of an army can be a law unto itself? Well, yes … until about the halfway mark when Kojah decides to redesign the uniforms and starts strutting around in quasi-SS clobber while brainwashed recruits make with a closed fist version of the Nazi salute. Yes: they went there. 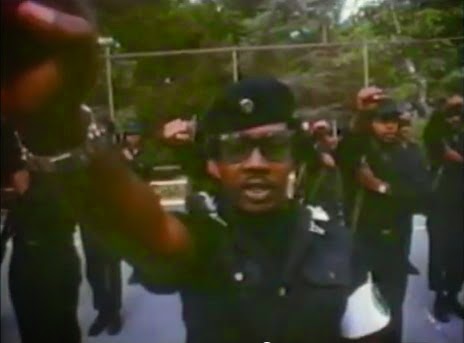 Had Frost and co-writer Wes Bishop wanted to, they could have fashioned ‘The Black Gestapo’ into a meditation on where lines are drawn and how easy it is to cross them: at what point does a militia become an oppressor, or vigilantism tip over into criminality?

But why would they want to do that? This is an exploitationer, folks; violence and nudity is what counts! And Frost serves up both in ample quantities (and I do mean ample with regards to the latter, particularly with Uschi Digard filling out the role of Kojah’s moll). The violence is rough and ready, with the mob guys happily slapping hookers around and beating down on anyone whose skin colour is even a colour of pantone numbers darker than their own. Not that Kojah and his jackbooted cronies lose any time in upping the ante: a white rapist is castrated; bagmen are shot, kicked, bludgeoned and thrown out of windows. A mob enforcer is run off the road and his car torched while he’s still inside. Later, when Ahmed gets the low-down on what Kojah’s been up to, it’s explosions, gunfire and hand-to-hand a-go-go as the former liberal reformed morphs into a one-man army and storms his former comrade’s stronghold.

Which leads us to a couple of problems. Ahmed is ostensibly the hero of the piece (or as close to a hero as a film this nasty-minded is likely to get), and Rod Perry certainly gets top billing, but he does bog all for the majority of the film. Not only that, but he spends a solid hour blissfully unaware that Kojah has gone rogue and put together his own army. This, while Kojah’s fucking up mob guys, taking over the streets, running a private training camp and partying with white chicks in string bikinis. This, while Dr Lisk is aware of what’s happening, Marsha’s aware of what’s happening and the local media are – you guessed it – aware of what’s happening. 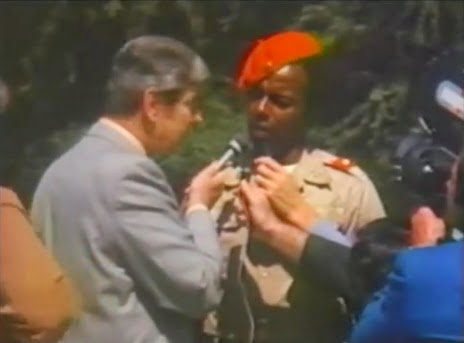 I mean, hasn’t Ahmed noticed that Kojah has stopped showing up for roll call? Hasn’t he stopped to wonder why it’s ex-People’s Army personnel running numbers and shaking down shopkeepers instead of bullish white guys with dodgy moustaches? Hasn’t the new uniform got him a tad suspicious?

Just as credulity-stretching is Ahmed’s Rambo-like assault (not that Rambo would show up on cinema screens till seven years after ‘The Black Gestapo’ but – hey! – why ruin a good comparison) that occupies the last ten minutes. Granted, it’s good fun, with home-made rockets decimating half of Kojah’s forces and a good bit of rough ‘n’ tumble to round things off, but the ease with which Ahmed gains access to a compound previously described as “impenetrable” is nothing short of ludicrous, likewise a whole scene involving a grappling iron and a tree to get over a ten-foot chain-link fence that a dozen snips of a wire-cutter would effect in a quarter of the time.

But these kind of flubs can be part of the pleasure with an exploitationer, just as long as it’s hitting its marks in other areas. This is something I’ve said before during Winter of Discontent reviews, but the worst sin an exploitation movie can commit is tedium. I’ve seen nunsploitation flicks that positively drip with blasphemous imagery and scenarios but which, narratively, are deathly dull. I’ve seen revenge opuses that drag their feet for an hour between the offence and the payback, turgidly dragging out the running time. ‘The Black Gestapo’ commits no such sin: its 88 minutes zip by in a miasma of fists, knives, gunfire and gratuitous nudity.
You’re welcome.
Posted by Neil Fulwood at 10:49 PM

eToro is the ultimate forex trading platform for newbie and professional traders.