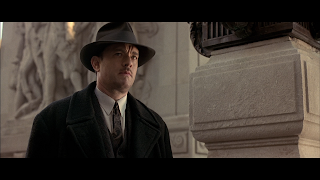 I wrote about WTF Syndrome when I reviewed ‘Snatch’ a while back. WTF Syndrome is when you tell someone, usually very sheepishly, that you’ve never seen a certain film and their patented response is an incredulous “what the fuck?”

Usually, though, there’s a good reason why you’ve never seen the film in question. In my case, with ‘Snatch’, it was because I was influenced by a raft of reviews which painted it as just another iteration of ‘Lock, Stock and Two Smoking Barrels’ only on a bigger budget. Which it kind of is and kind of isn’t but is kind of missing the point.

(This, I hasten to add, was back in the day when I was influenced enough by the mainstream critics to make my viewing choices based on their say-so. This was also back in the day when I actually had disposable income and could have just gone to see anything and everything regardless. God, I could give the me of two decades ago a right slapping for not seeing more movies. And not buying a sports car. But I digress.)

When ‘Road to Perdition’ was released in 2002, expectation was high. Sam Mendes’s debut ‘American Beauty’ had cleaned up critically and commercially, bagging six Oscars. It was acute, acidic, brilliantly observed and littered with terrific performances, including a career best from Kevin Spacey. ‘Road to Perdition’ had a lot to live up to. Ads were everywhere. I lost count of the amount of times I sat through the trailer. It looked like a showreel for cinematographer Conrad L Hall. I didn’t know if I could take Tom Hanks seriously as a gangster. Early reviews suggested it wasn’t a patch on ‘American Beauty’. People whose judgement I trusted saw it and gave a shrug of the shoulders. I didn’t bother going to see it. Nor, for nine years, did I have the urge to rent the DVD or catch it on TV. 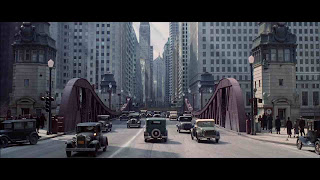 A couple of weeks ago, I was given a lend of the DVD. I sat down to watch it over the weekend, the mid-way stretch of an offbeat triple-bill that started with ‘Messiah of Evil’ and ended with ‘The French Sex Murders’. Comparatively speaking, ‘Road to Perdition’ boasts greater narrative coherence than the former and somewhat higher production values than the latter. And for the most part I enjoyed ‘Road to Perdition’ – it looks great, there are a triumvirate of excellent supporting performances from Paul Newman, Daniel Craig and Jude Law, and a rain-soaked set-piece towards the end is bleakly iconic – but watching it inbetween two B-movies threw something into sharp relief.

‘Road to Perdition’ is essentially a man-on-the-run narrative powered by the embittered heart of a revenge movie. Adapted from the graphic novel by Max Allan Collins, the material cries out for down-and-dirty B-movie treatment. The story is boilerplate: Michael Sullivan (Hanks), a mob enforcer who tries to keep his family separate from his working life, goes on a strong-arm job with his boss’s loose-cannon son Connor Rooney (Craig); Sullivan’s son (Tyler Hoechlin), curious as to what his old man does, sneaks along for the ride; Rooney goes apeshit at the job and blows someone away; Sullivan Jr witnesses it; Rooney goes over to chez Sullivan to whack the kid but ends up murdering the uninvolved members of the family. Sullivan and son go on the run. Connor’s father, ageing patriarch John Rooney (Newman), reluctantly enters into an agreement with fellow mobster Frank Nitti (Stanley Tucci) to shelter Connor and engage the services of photographer/hitman Harlan Maguire (Law).

At 90 minutes, fast and nasty, this could have been as cynically brilliant as Sam Mendes evidently wanted it to be. As it is, the running time is just shy of two hours. And it’s not like Mendes or scripter David Self need those 118 minutes to work on the characterization, since virtually every character is resolutely one-note. Sullivan is a professional enforcer who just happens to have a family. John Rooney is the creaky but charismatic head of the family. Connor is the wild card. Harlan is the stop-at-nothing psycho who enjoys his work a bit too much. There’s some gumph at the start about how Sullivan owes John so much and how John always thought of Sullivan as a son, but it’s never explained or explored. Quite why the schism between John and Connor came to pass is never explained or explored. The repercussions of Sullivan Jr surviving the massacre he inadvertently caused is never explored, except for one perfunctory scene where Sullivan angrily tells him it’s not his fault.

Ultimately, all ‘Road to Perdition’ is about is how Connor Rooney fucks over Michael Sullivan and how Michael Sullivan manoeuvres in order to (a) protect his son and (b) get revenge. And when Law is onscreen, all shark-like smile and twitchy menace, the film moves and grooves in an effectively nasty way. The rest of the time, though, everyone seems to be conscious that they’re working with an Oscar-winning filmmaker. Whole sequences have “prestige picture” and “Oscar clip” stamped all over them. The pace sometimes flags to the point of funereal. Thomas Newman’s score alternately drops to a hush and swells to a crescendo. ‘Road to Perdition’ is a depression-set gangster movie that is too concerned with straightening its tie, shining its shoes and practicing its speech for the awards ceremony when it ought to be liquored up on moonshine, grinning round a fat cigar and firing a tommy gun in the air from the running board of a Ford sedan.

Yours is the third blog in the last week or so to look at this!
I wonder if like the western Hollywood has forgotten how to actually make a classic gangster film anymore. ( Notice 'gangster' and NOT 'gangsta'! ).
90 mins isn't very long is it? But maybe it was to accomodate Newman's advancing age?

I think the problem is that Hollywood looks back and ranks everything from the James Cagney MGM gangster movies of the 1940s to Coppola's 'Godfather' saga as (rightly) classics of the genre, then approaches the form as a prestige, Oscar-worthy example of filmmaking but forgetting that many great gangster movies - from Scorsese's 'Boxcar Bertha' to Milius's 'Dillinger' - went into production as down 'n' dirty B-movies.