The way we respond to light: a Q&A with Jeremiah Kipp 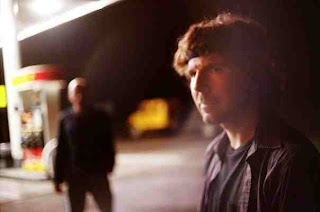 Watching your short films ‘Contact’, ‘Crestfallen’ and ‘Drool’, the first thing that struck me was their use of light. Is this a deliberate technique to open up an aesthetic dialogue with the dark themes you focus on?
I’ll use CRESTFALLEN as a way to make the answer specific. The story is built around a possible suicide, and I remember while we were planning the film being haunted by the way Bart Mastronardi handled the suicide film in his independent horror feature VINDICATION. His scene was gritty, raw, naturalistic; it was a gateway scene in a film about a man transforming into a monster and that’s the scene where it slips out of reality. But the suicide is shot with total frankness. And since we wanted to find our own direction, we thought about ways to make our film operatic and epic. Completely different than VINDICATION, with light and a smoky atmosphere. My friend and cinematographer Dominick Sivilli lit the suicide scene in a bathroom with beautiful beams of light coming through the solitary window without being afraid of letting the rest of the room go totally black. He said it reminded him of BEOWULF, which was absolutely the right way to go. He’s a brave photographer, and we encourage each other to be as bold with our choices as possible. The feelings inside of us are huge: love, hate, fear, envy, compassion. Cinema can reflect that back to us. Light is emotional, and the way we respond to light is laden with pleasure or dread. We thrive in the light, we fear the unknown of the dark. That’s why deep shadows are such a useful tool for the genre film.

‘Crestfallen’ and ‘Drool’ are entirely free of dialogue; ‘Contact’ contains probably no more than a dozen words. All three burrow towards their own emotional truth without any need for exposition. Is dialogue of any real importance in the short film?
I’m not against dialogue per se, it really depends on the film. CRESTFALLEN is about snapshots in time, and there’s no audio in a snapshot. It felt more poetic and appropriate to just use our composer Harry Manfredini’s evocative track. DROOL was purely sensory, in a hallucinatory world where there are no words. And CONTACT was a conscious decision to pare back everything to the bare essentials: plot, dialogue, backstory, even color were cut down so hopefully what we were left with was pure cinema. But there was some dialogue. As much as we needed. In the film we’re finishing up right now, THE DAYS GOD SLEPT, the fever dream narrative is anchored around a dialogue between a man and a woman, and the story she tells him. It’s written by a New York playwright named Joe Fiorillo who has a strong way with words; I feel like his text are as necessary as Dominick’s cinematography or Harry’s score. One is not more important than the other; they are all part of the film which is what we’re serving. And in that film, the words are our guide. People can view the trailer right here: http://kippfilms.com/daysgodslept.html 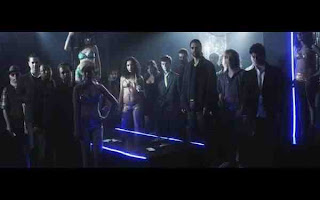 ‘Drool’ is credited as being made in collaboration with the Mandragoras Project. Who else was involved and what was the impetus behind the project?
That was a wonderful group of people. I’d been friends with Laura Lona, an actress who runs Mandragoras with Julian Navarro, a brilliant gallery owner who promotes artists from around the world. Laura and a filmmaker named Salinoch had been exploring the possibilities of video and sound art, and I pitched them the idea for DROOL. It combines the art world and the horror world (Salinoch had a great enthusiasm for George Romero’s DAY OF THE DEAD, and would point to the white brick walls and say, “Doesn’t that remind you of DAY…?” The impetus was art for art’s sake, with everyone contributing, but you can’t hide from who you are. The project was an extreme version of the same themes in CONTACT.

Both Zoë Daelman Chlanda in ‘Contact’ and Deneen Melody in ‘Crestfallen’ give incredibly heartfelt and expressive performances. Do you work very closely with your actors to develop character and empathy, or trust more to their intuition?
You meet them halfway. I wouldn’t have cast them if I didn’t want to draw from their talent. There has to be mutual trust and respect. Both of those actors know how much I love what they do, so when I’m there guiding them or giving an alternate direction or image at them during the shoot, they go with me. They know I will never humiliate them. If something doesn’t work, I won’t use it. But I love actors who are open to exploring. Zoë was unafraid; she wanted that role and she went for it. She’s one of the most committed, fearless and tenacious actors I’ve ever worked with. I’d love to make another movie with her soon. CRESTFALLEN’s writer-producer Russ Penning and I knew Deneen from her work with genre filmmaker Anthony G Sumner. Like Zoë, Deneen comes to the set very prepared, emotionally available and ready to work. This role was personal for her, since she based the character on a friend of hers who had committed suicide. That’s what she was drawing from.

Your feature ‘The Sadist’, starring the legendary Tom Savini, is out later this year. Can you tell us more about the film and your experience of working with Savini?
THE SADIST is a work-for-hire slasher film I made for two producers in Connecticut. It’s about a combat veteran suffering from extreme PTSD and destroying everything that comes into his path. We should have just called the film EVIL RAMBO. The producers have been re-cutting the film and doing their own reshoots, so I’m as curious as you are as to how it will all turn out. But working with Tom Savini was fantastic. I’ve heard he can be a difficult personality from folks who meet him at conventions, but on set he was a dream come true. Enthusiastic, hard-working, and if he trusts you he’ll go above and beyond. Tom is a force of nature, and when he arrives on set to shoot his scene where he’s killing everything in sight, it’s like you’re up against a Panzer tank. But he’s also hilarious, and had great stories about various film sets he’s been on. And it was great fun visiting him on the set of THE THEATER BIZARRE, an anthology film where he directed one of the episodes. He was as happy behind the camera as in front of it, and is clearly a guy who loves his work. I had good times working with Tom, and am grateful he was in the movie.
Posted by Neil Fulwood at 10:00 PM