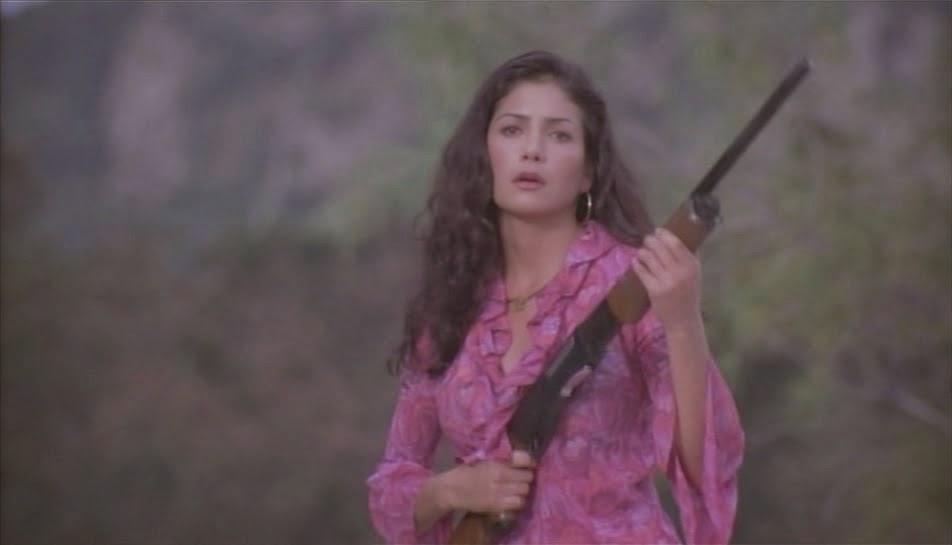 Moving from Rio de Janiero to Toyko – and blazing a devil-may-care trail through the least salubrious areas of both locations – Takashi Miike’s ‘City of Lost Souls’ pays demented homage to everything from spaghetti westerns to lovers-on-the-run thrillers of the ‘Bonnie and Clyde’ ilk, by way of yakuza epics, a booby-trapped ping-pong table that your average Bond would be proud of, and an ocean-side pay-off that evokes the cynical inevitability of ‘Get Carter’.

If you’re cursing me for a spoiler fiend at this point, relax; half an hour into ‘City of Lost Souls’ and you’ll probably realise where it’s going – it’s just the route it takes that’ll flummox you. Plus, it’s Miike directing. Y’know, the guy who made ‘Rainy Dog’, ‘Full Metal Yakuza’, ‘Audition’, ‘Visitor Q’, ‘Ichi the Killer’ and the ‘Young Thugs’ saga. What were you expecting, a light romantic comedy? 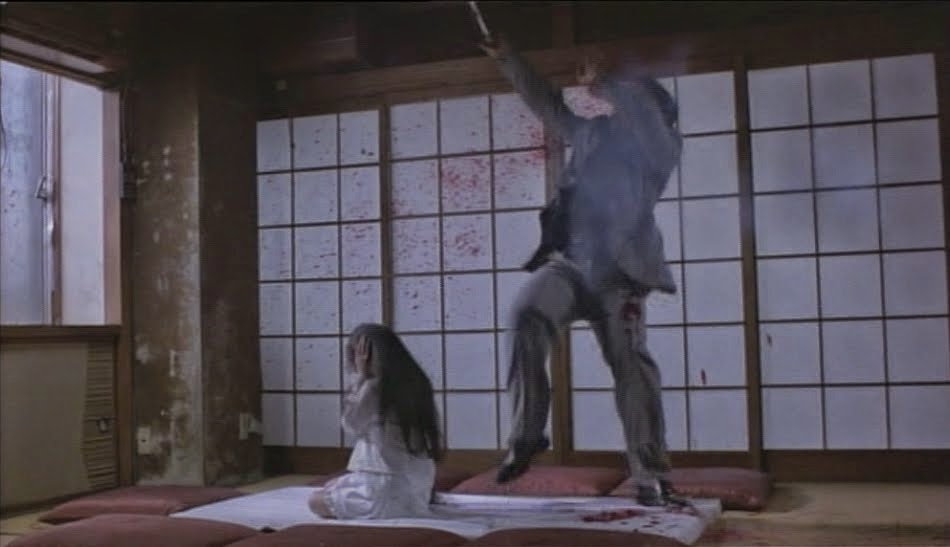 Although, for the record, Miike has made some family-friendly films. They just happen to be overshadowed by his prolific output of bizarre, violent, magnificently fucked-up and decidedly un-family-friendly work. And I do mean prolific: at a still relatively youthful 54 years of age, Miike has racked up 96 credits as director according to IMDb; in 2001 alone, he directed eight features, three of which – ‘Visitor Q’, ‘Ichi the Killer’ and ‘The Happiness of the Katakuris’ – are bizarro masterpieces.

‘City of Lost Souls’ was made the previous year, when Miike obviously decided to take it easy and only direct five movies. It starts as magnificently as any movie I’ve seen. (Okay, it doesn’t quite maintain said ballsy and iconic magnificence, but starting as well as any movie you’ve ever seen is quite some feat.) In short order, Brazilian/Japanese loner Mario (Teah) fucks up a bar full of antagonists, does time for it, gets released, hi-jacks a helicopter at gunpoint, fucks up a prison bus convoy and rescues winsome girlfriend Kei (Michelle Reis). This occupies about the first ten minutes and I watched from the half-inch that constituted the edge of my seat; my jaw was slack, my eyes were bulging and there was a big dumb grin on my face, the likes of which is usually only triggered when my local supermarket has drastically underpriced a bottle of Talisker. 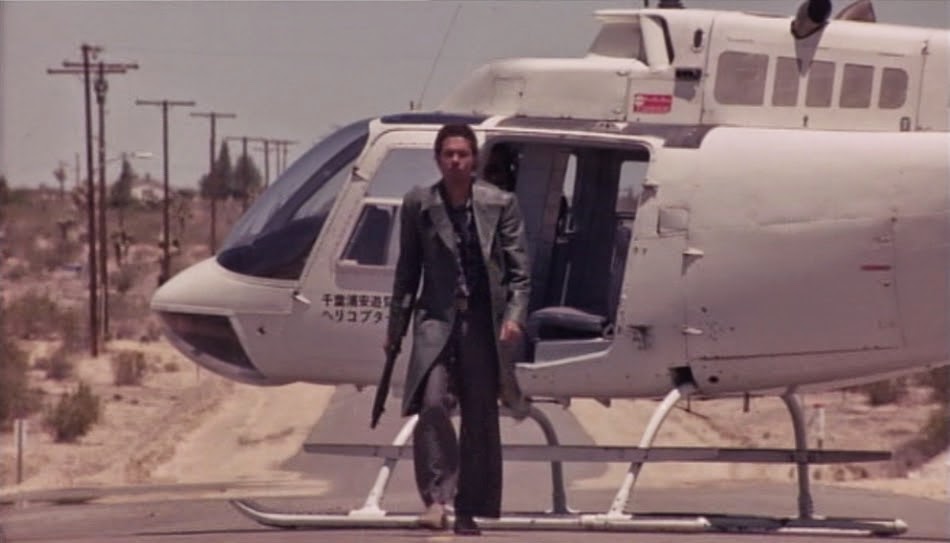 What pollinated this massive surge of movie-love? The iconography; the absurdly stylish direction; the hyperkinetic editing; the use of music. Basically, just how damn cool the whole thing was. (Here I mention again that ‘City of Lost Souls’ never quite sustains its early super-fucking-coolness, and I’d be lying if I didn’t admit to a certain sense of disappointment that the rest of it is merely good instead of being the best thing that ever slapped its imprint on a reel of celluloid.)

The plot, as it progresses, has Mario and Kei look up Mario’s old flame Lucia (Patricia Manterola) who can put them in touch with Russian go-to guy Khodoloskii (Anatoli Krasnov) and a passage to safer shores. And here the first problem: Reis’s Kei is certainly willowy and pretty, but there’s absolutely no chemistry between her and Mario, whereas Manterola’s Lucia is fiery, wanton and commands the screen as if she’s got the cinematographer on a leash. The lovers-on-the-run aspect of the film – which needs must be the engine that propels the plot through its contrivances, coincidences and (being honest) clichés – never gets off the ground. (Although Kei does have a highly memorable set-piece involving a bottle of vodka and a cigarette lighter.) 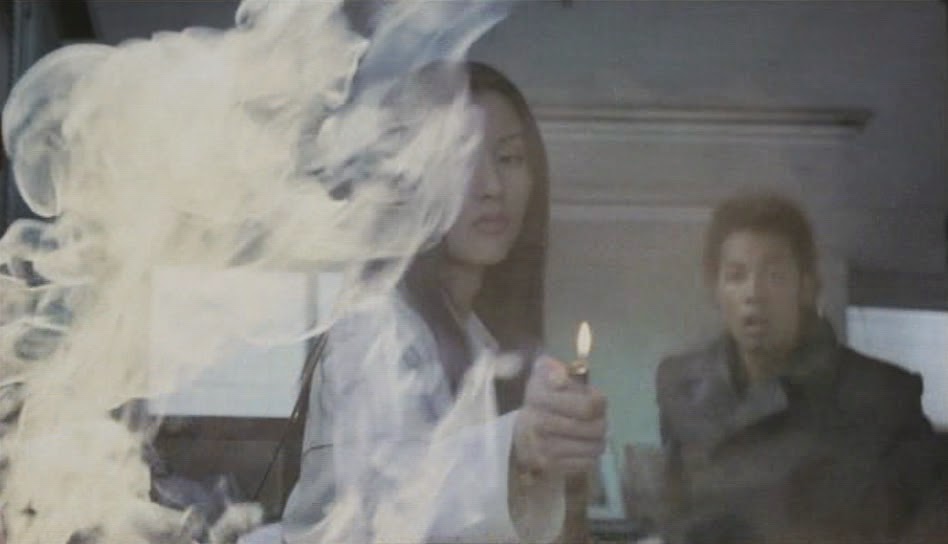 The criminal underworld aspect of the film fares better, and runs the gamut of feuding gang bosses, drug deals and cockfights. The cockfight scene is hilarious. While I wouldn’t put it past Miike to film an actual cockfight, it probably occurred to him at some point in the film’s development that it would damage his US and UK distribution to do so; thus he gives us a CGI cockfight. But Miike being Miike eshews the usual CGI-pretending-to-be-real-and-hoping-you-don’t-notice approach. His cockfight is deliberately fake, the capon antagonists throwing kung-fu style moves at each other and even seguing into slo-mo. It’s as if Monte Hellman had got hold of the rushes for ‘Chicken Run’ and re-edited them after an all-nighter of ‘Drunken Master’ films and cheap tequila.

It’s when Miike stops being a sociopathic visionary jester (yes, I know that phrase doesn’t make sense on a technical or linguistic level, but it will once you’ve watched a few of his movies) and films scenes in long static takes or decides to follow conventional narrative beats that ‘City of Lost Souls’ seems to drag. If anybody else was directing, it probably wouldn’t. But when you’re one of Asian cinema’s most extreme practitioners, even the merest hint of normality is an annoyance.
Posted by Neil Fulwood at 10:10 PM

Found your log by accident.. Been here 50 minutes just reading past reviews
Enjoyed it
Best
Jihn

Thank you! More weird and wonderful reviews lined up, so I hope you visit again soon.

If you need your ex-girlfriend or ex-boyfriend to come crawling back to you on their knees (even if they're dating somebody else now) you must watch this video
right away...

(VIDEO) Get your ex back with TEXT messages?