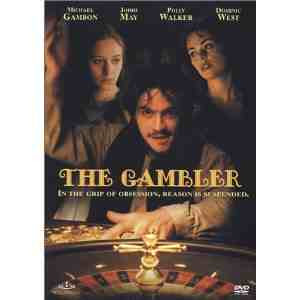 The Russian novelist Fyodor Dostoyevsky – best known for ‘Notes From Underground’, ‘Crime and Punishment’, ‘The Brothers Karamazov’ and ‘Shopaholic in St Petersburg’ (okay, I was lying about that last one) – was an epileptic, a gambler and a man prone to making rash decisions. One of these cold-light-of-day/oh-fuck-what-have-I-done moments came when, desperate for funds (he’d had a losing streak at the roulette tables), Dostoyevsky signed a contract with the publisher Stellovsky for a three-volume collected edition of his works to date. A sneakily inserted clause which committed him to producing a full-length new work, forfeiture of which would entitle Stellovsky to copyright on all of Dostoyevsky’s works without having to pay him a single rouble.

For all of his contractual chicanery, Stellovsky gave Dostoyevsky the not unreasonable deadline of more than 18 months to deliver this new manuscript. The erratic genius found himself busy working on ‘Crime and Punishment’, an undertaking that occupied far more time than anticipated. He was still only halfway through it when he realized that his deadline with Stellovsky was just four months away. He begged Stellovsky for an extension and even offered to buy himself out of the clause, but the publisher was having none of it.

Finally, with the deadline just a month away and realising he was so deep in the shit he was looking at it from underneath, Dostoyevsky engaged the services of a young stenographer named Anna Snitkina (who he later married) and dictated ‘The Gambler’ to her, completing the manuscript in less than four weeks. Denied such minor luxuries of the novelist’s art as actually having the time to think up a plot or invest in fleshing out an entirely invented cast of characters, Dostoyevsky drew from his ruinous personal experience of the casinos and wrote his most nakedly autobiographical work.

Which brings us to Karoly Makk’s 1997 film which – and how meta is this? – functions as both biopic and adaptation. Yeah: take that, Charlie Kaufman!

Michael Gambon plays Dostoyevsky and does so with the proper gravitas. The film opens as the deadline approaches and Stellovsky (Tom Jansen) is pushing for the new manuscript. Enter Anna (a wonderfully sympathetic Jodhi May) and work on the novel begins. Makk counterpoints the beginnings of Dostoyevsky and Anna’s relationship with dramatizations from the work in progress as compulsive gambler Alexei (Dominic West) arrives in Baden-Baden and his (very literally) win-some-lose-some lifestyle is contrasted with that of a grande dame (Luise Rainer), a fallen society woman, Polina (Polly Walker), with whom he is hopelessly smitten, and an aristocratic General (John Wood) whose financial woes mirror Alexei’s but whose social status guarantees that he is treated differently.

Dostoyevksy’s swiftly composed novel, for all that it delves into the addicted and self-destructive psyche of the gambler, is basically a melodrama and the relevant sections of Makk’s film reflect this. What surprises is that the melodrama is interspersed so effectively, and in such an unforced manner, with the biographical element. The cast is offbeat – Angeline Ball from ‘The Commitments’ playing a scene opposite Luise Rainer?!?!? – but somehow they gel.

An occasional lapse into contemporary affections – Alexei punching the air and hissing “Yesssss!” when he wins big is horribly anachronistic – annoys but on the whole ‘The Gambler’ is never less than intriguing and has much to recommend it.
Posted by Neil Fulwood at 9:59 PM

Oh, how excited I got when I though you'd be reviewing the Kenny Roger's classic. Alas, it was not to be :)

(please tell me that this reference does not lose it's relevance going across the pond?)

The reference retains its relevance, and I'm chuckling at an alternative cut of 'The Gambler' in which the end credits play out to a gravel-voiced C&W singer rasping "About twenty years ago, on train bound from nowhere / I met up with the gambler, we were both to tired to sleep ..."

The film was a Dutch/Hungarian/English co-production (!) made for the cinema. I don't know whether it got a UK or US theatrical release; I first saw it on British TV about a decade ago, broadcast in the early hours and unheralded. I remembered quite enjoying it, and it was good to be able to track it down (albeit in a fuzzy VHS copy) for Operation 101010.