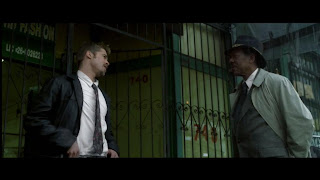 When ‘Seven’ (and I’m not using that ‘Se7en’ spelling, by the way; it only works when you render it in capitals: ‘SE7EN’) was released in 1995, I saw it without reading a single review or having any comprehension of what it was about. It was a Sunday afternoon, I fancied going to the cinema, ‘Seven’ was on and Brad Pitt and Morgan Freeman were in it. Good enough for me. I bought a ticket, took my seat and twiddled my fingers through a bunch of asinine adverts and trailers. The film started. The first scene had a sombre, lonely-looking Detective Somerset (Freeman) leaving his prissily neat apartment to go to work. Cut to a murder scene, Somerset asking a humane and well-meaning question only to meet with a contemptuous response from a colleague. Then he’s back in his apartment, throwing a flick knife at a dart board.

I start getting the impression that this isn’t exactly going to be a run-of-the-mill cop thriller.

Somerset, on his last week on the job prior to retirement, meets his new partner/replacement Detective Mills (Pitt). Their relationship gets off to a fractious start. A headfuck opening credits sequence razors across the screen.

Okay, I think to myself, what the fuck’s going on here? 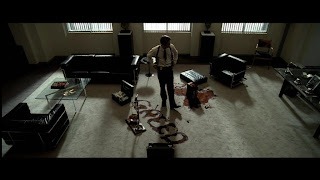 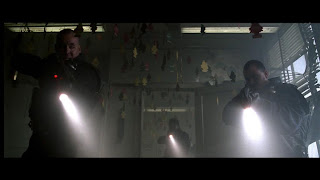 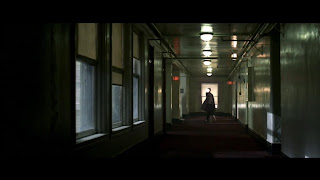 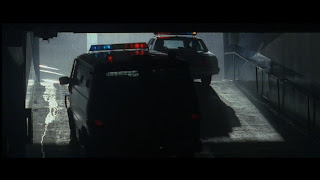 I spend the next hour and a half alternately revisiting that thought and marvelling at how cleverly the film is being constructed. The literary allusions, crucial to the narrative and yet unforced. The darkly satirical tailoring of the seven deadly sins to a contemporary aesthetic. The murder of the lawyer: genius. Occasional bits of cerebral humour (Somerset pointing Mills in the direction of Dante and Chaucer; Mills sending a patrolman out to by Clarkes notes not the actual texts). Occasional bits of wry humour (Somerset good-naturedly berating the security staff at a library for playing cards all night instead of availing themselves of “all these books, a world of knowledge”). A couple of beautifully judged character scenes between Somerset, Mills and Mills’s fragile wife Tracy (Gwyneth Paltrow). The deepening of Somerset’s character from slightly snobbish grouch to mentor. The deepening of Mills’s from verbose hothead to man of compromised ideals.
I slowly come to realise how tight Fincher’s control over his material is; how acute his directorial decisions. How starved of natural light every scene is. ‘Seven’: a film of almost continual rain. A film of trash-strewn alleyways, dour tenement blocks, shadowy corridors, dark rooms, glum offices. A film where the sky is barely glimpsed.
Until that last gut-churning half hour. During which I sit in my seat, decidedly uncomfortable as Mills and Somerset ride out into the desert, their prisoner taunting them with intimations of something. Uneasy at not having any inkling, this late in the game, of exactly where the filmmakers are going with this. Squirming as that van comes careening through the desert, kicking up clouds of dust. Agitated, fingers digging into the armrests, as the package is delivered. 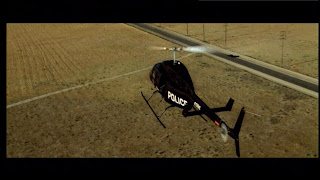 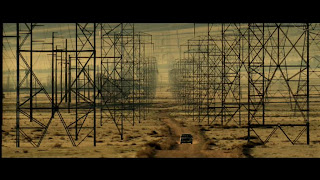 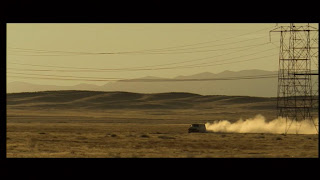 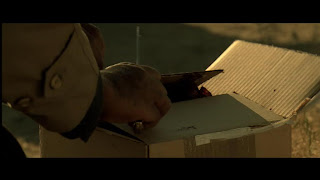 I sit in my seat until the end credits have finished. ‘The Heart’s Filthy Lesson’. Then I walk unsteadily out of the Showcase, emerge blinking into the light, and wander across the car park looking for my car. Feeling like the film had come out of nowhere and struck me repeatedly around the head with a concrete block. Feeling that I’d seen something that had crept into my subconscious and wouldn’t be leaving in a hurry. Something I was convinced was a masterpiece and equally convinced I’d reapproach only at significant intervals.
Fifteen years down the line, I watched it this afternoon. Only my fourth viewing. It had pretty much the same impact, but this time left me with a consideration I’d not entertained before: for all that Mills is rash, impulsive and volatile, it’s the calm, methodical and intellectual Somerset who’s the true foil to John Doe. The other side of the coin. The tick of a metronome as opposed to the voice of a higher power.
Posted by Neil Fulwood at 6:50 PM

I went into Seven with a fairly negative attitude, but def came out suprised at what i'd just experienced. i wouldn't call it a masterpiece, but it's def up there with a number of "twist flicks" where i never saw it coming...

i esp liked that Kevin Spacey's name didn't appear in the opening credits. that was almost masterpiece material!!!

Great film. I remember when the amazing opening credits came on with that fantastic remix of "Closer" by NIN that I knew that this was going to be something different. And Fincher hasn't looked back since. Hell, he even managed to revisit the serial killer genre in a completely different way with ZODIAC.

There is something so unrelentingly bleak about SEVEN that really gets under your skin. At least Morgan Freeman offers some glimmer of hope but that ending... wow.