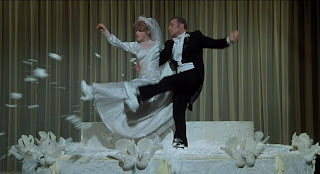 If it was a medical condition, you’d call it John Carpenter Syndrome. A run of great movies – fucking great movies – almost back-to-back within a very specific timeframe. Then an incremental quality department decrease from the merely decent to the average to the mediocre culminating in the type of product we’d rather not talk about (in medical terms ‘Ghosts of Mars’ by proxy).

Let us consider Mel Brooks. 1968 – 1974, the classics: ‘The Producers’, ‘The Twelve Chairs’, ‘Blazing Saddles’, ‘Young Frankenstein’. Then we get the second tier movies: ‘Silent Movie’, ‘High Anxiety’, ‘History of the World Part 1’. Marking the drop from average to mediocre: ‘Spaceballs’. Finally, the unholy trinity of ‘Life Stinks’, ‘Robin Hood: Men in Tights’ and ‘Dracula: Dead and Loving It’.

The problem with the Mel Brooks filmography is that when he hit it out of the ballpark, he hit it so far that even a really good second tier Brooks film (such as, I would argue, ‘Silent Movie’) is put so deeply in the shade by ‘Blazing Saddles’ (a film I’ve probably seen three dozens times and which still makes me laugh out loud) or ‘Young Frankenstein’ that it’s all too easy to overlook its merits. 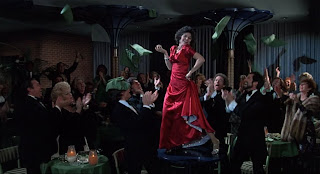 ‘Silent Movie’, let’s face it, is often funny as hell. True, there are a couple of scenes that don’t work (the Hollywood star’s trailer with a broken spring, everyone sliding this way then that during a negotiation, unfolds laboriously) and Brooks tries to get too much mileage out of speeded-up footage, but the film hits more often than it misses.

In a narrative that would be unbelievably meta if the term had actually been invented back then, ‘Silent Movie’ is a silent movie about a director trying to make a silent movie. The director in question is Mel Funn (Brooks), a recovering alcoholic keen to re-establish his career. With his associates Marty Eggs (Marty Feldman) and Dom Bell (Dom DeLuise), Funn approaches the studio chief (Sid Caesar) at Big Picture Studios. 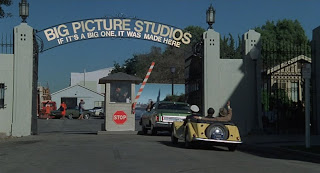 Unimpressed, but desperate for a project with which to fend off a hostile takeover bid by heartless conglomerate Engulf & Devour, he agrees on the condition that Funn gets the biggest names in Hollywood to star in it. This being 1976, Funn and his associates target Burt Reynolds, James Caan, Liza Minnelli, Anne Bancroft and Paul Newman. Meanwhile, the Engulf & Devour bigwigs set out to bring the production to a halt.

At its best, ‘Silent Movie’ has the sharply satirical edge that makes Brooks’ top flight works so effective, particularly in the portrayal of Engulf & Devour (a not-so-veiled reference to Gulf & Western). The boardroom meeting where executives are slapped at the CEO’s behest and prayers are offered to a huge illuminated dollar sign is one of the highlights – a scene that flips the big fungoo to corporate America. 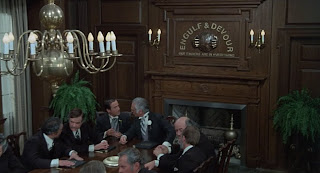 As a satire of Hollywood, it’s not quite as excoriating as it could have been, although Reynolds, Caan, Bancroft and particularly Newman – sending up his love of motor racing in a wheelchair chase through a hospital (with all the bad taste slapstick comedy you’d imagine) – are good sports in being the butt of so many jokes. (Minnelli, however, just looks stoned.) A running gag that has Reynolds as a mirror-obsessed narcissist works well, as does a scene where Bancroft spoofs her Mrs Robinson persona, vamping it up to the nines and surrounded by gigolos in a nightclub.

It’s when Brooks leaps from the successful recruitment of the big names to the premiere without mining the potential comedic gold of the filmmaking process itself that it feels like not only has an opportunity has been squandered, but Brooks is holding back when you’re itching for the take-no-prisoners non-PC brilliance of ‘Blazing Saddles’ to erupt in all its piss-taking glory.

Still, the belly laughs are plentiful, some of the sight gags are priceless, Bernadette Peters (in what is essentially a reprise of Madeline Kahn’s turn in ‘Blazing Saddles’) rocks the hell out of her handful of scenes, and Marcel Marceau gets the Man of the Match award for his emphatic delivery of the film’s only line of dialogue.