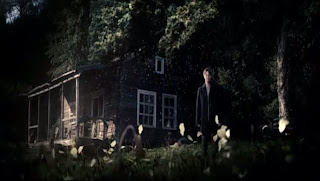 Perhaps the least explicitly Luciferean entry in the Summer of Satan retrospective, ‘Antichrist’ is a Lars von Trier film through and through: wilfully pretentious and undeniably powerful in roughly equal measures and studded with examples of that certain x-factor von Trier shares with Michael Haneke – to whit, a tendency to take things just that little bit further than he needs to in order to make his point.

I’ve always approached the work of von Trier and Haneke warily. Both are highly intelligent and skilled practitioners of their art. Both are unafraid to stare into the abyss – even to give the abyss the occasional poke with a sharp stick just to see what stirs. And both, I can’t help thinking, have more than a little about them of the vituperative eight-year-old boy who grooves on pulling the wings off insects and has discovered the effect of dropping the word “fuck” in the playground or at mother’s tea party.

Case in point: the artfully exploitative black and white prologue to ‘Antichrist’ (as with much of von Trier’s work, the film is divided into chapters). A couple – we’re never given their names – played by Willem Dafoe and Charlotte Gainsbourg have a sexual marathon, moving from the shower to the bedroom, their rhythm compared in a wondrously clumsy visual metaphor to that of their washing machine, while (unbeknownst to them) their infant son stages a breakout from his cot, successfully navigates the safety gate at the door of his room, wanders down the hallway (stopping to peer in at ma and pa making the beast with two backs then turning away with what looks for all the world like a smirk), heads for the spare bedroom where the window is open and the snow blowing in, pushes a chair up close to the desk by the window, climbs from one to the other, ascends to the windowsill and then, teddy bear in hand, learns a harsh lesson about high windows and gravity.

Von Trier does to two things in this sequence – which is rendered in the slowest of slow motion and takes five minutes to play out while “Lascia ch’io pianga” (the title means “leave me to weep” and it is sung by a character trapped by a sorceress in an enchanted garden) from Handel’s opera ‘Rinaldo’ plays on the soundtrack – which immediately merit note. The first is that he inserts (pardon the pun) a hardcore shot of an erect penis engaging in docking procedures with its female opposite number. You can make a certain case for its inclusion as foreshadowing of two acts of major genital trauma that inform the final stretches of the film. And I’m not such a prude as to tut and declare there’s no need for it (and after watching the uncut version of ‘Thriller – A Cruel Picture’, von Trier’s footage is positively tasteful). But there’s something about the swinging motion of the gonads in ultra-slow-motion that’s almost funny.

The second thing is the unapologetic bit of emotional pornography that is the child’s death. (The boy is called Nick, by the way. This is just as symbolic as the use of “Lascia ch’io pianga”.) The death of a child equates to the death of innocence and the non-fulfilment of potential; it is a thing of utterly demoralizing pointlessness. And I couldn’t escape the feeling, five minutes into ‘Antichrist’, that von Trier was doing it just to push buttons. To get a reaction. 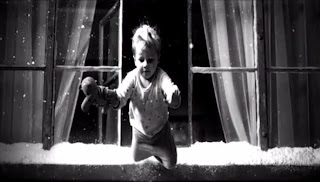 It left a sourness in me that only the most grubby and venal of exploitationers (I’m thinking of a couple of Jess Franco and Joe D’Amato offerings) usually achieve. It cast a shadow over the low-key effectiveness of chapter one, entitled ‘Grief’, during which The Willem Dafoe Character, a psychologist, unethically decides to treat The Charlotte Gainsbourg character (I’ll go with Man and Woman for the rest of the review to save myself unnecessary typing) rather than let her work through things with a neutral, uninvolved healthcare professional. Insisting that Woman needs to face her fears and remain in the moment with them, Man (who increasingly comes across as a total dick with his smarmily pat psychological explanations for everything) hauls her off to an isolated cabin in the woods, a place they refer to as “Eden”, where Woman had previously spent some time with Nick while working on an abandoned thesis on gynocide.

Perturbed by the implications of the word (I initially equated gyno- as is gynaecology and wondered if it meant the death of the foetus within the womb), I hit pause and looked it up. The actual definition was no less distressing: the killing of women.

At Eden, things become increasingly strained. Man witnesses a deer with a stillborn foal hanging from it and a fox ripping out its own innards. “Chaos reigns,” the fox warns him. (Yup, Lars goes there with the talking fox.) Falling acorns hammer on the tin roof of the cabin. The wind creates a ceaseless sussuration through the leaves. Storms break without warning. “Nature is Satan’s church,” Woman muses. Man discovers Woman’s notes from her thesis; they seem to support the misogyny of the witch-hunters she was researching rather than refuting and criticizing them as Man expected she would. Woman advocates that women are inherently evil, a troubling (and totally bullshit) concept in that von Trier vocalizes it through a female character. Hmmmm. More controversy baiting from our Lars? Surely not! 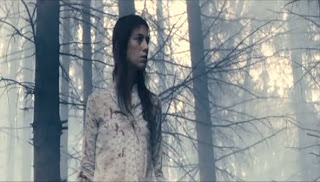 As the remaining three chapters – entitled ‘Pain’, ‘Despair’ and ‘The Three Beggars’ – progress, Man discovers from an autopsy report that Nick had a deformed foot (in x-ray, it looks like a cloven hoof), Woman’s sexual urges manifest in increasingly violent fashion, and the whole black-hearted production moves slowly but inexorably towards a flinch-worthy paroxysm of penis battering, clitoral self-immolation and a “hobbling” scene makes ‘Misery’ look like an episode of ‘The Care Bears’.

As a study of grief, despair and the flimsy threads of sanity, ‘Antichrist’ works well. As an exposition of von Trier’s stated dubiety about psychological techniques, it certainly makes its point. As a statement of gender politics, it’s incredibly troubling; and as a horror movie, it’s pretty damn derivative, ticking boxes that are already filled with other directors’ ticks: the cabin in the woods (everything from ‘I Spit on Your Grave’ to ‘Cabin Fever’ and Drew Goddard’s much-delayed and self-explanatorily titled ‘The Cabin in the Woods’), nature as a force of destruction (everything from ‘Long Weekend’ to ‘The Ruins’ and the current spate of hybrid creature flicks), improper use of tools (‘The Driller Killer’, ‘The Toolbox Murders’, et al), sexual/body horror (ladies and gentlemen, Mr David Cronenberg), horror deriving from the death or loss of children (‘The Dark’, ‘Orphanage’, ‘The Baby’s Room’), and the kind of graphic imagery that couldn’t have been more in keeping with the torture porn movement if Eli Roth and Rob Zombie had undertaken guest director duties. (I guess the difference is, von Trier parcelled up these tropes in an arthouse package that probably came across as something new and challenging and envelope-pushing to an audience who wouldn’t condescend to watching ‘Hostel’ or ‘The Devil’s Rejects’ but are okay with talking foxes and genital immolation as long it’s a European director at the helm, somebody won at Cannes and there’s a bit of opera on the soundtrack.)

Having said that, ‘Antichrist’ starts to make more sense considered as a genre film. Apparently, von Trier had written an early version of the script in 2005 only to have it leaked that the film’s revelation was of Satan as the creator of the Garden of Eden, not God. The business about Nick’s foot (implying he’s the child of that other Nick, y’know, the “old” one) and Woman’s “nature is Satan’s church” observation seem to have been carried over wholesale from their earlier context. When von Trier reapproached the material, it was during a debilitating battle with depression. He has described ‘Antichrist’ as being made under circumstances that saw him functioning at only half of his intellectual and creative capacity. In this respect, the ‘Antichrist’ emerges as astoundingly accomplished against the odds, the abject sense of pointlessness that cloaks the final chapter is understandable, and the metaphysical coda (more oblique than that of ‘Breaking the Waves’ but functioning on a similar level) provides a merciful final image that suggests, if not redemption, than at least remembrance.

Agree about approaching Von Trier and Haneke with a certain caution, and even attitude, I mean, these arent just films you can pop into your dvd player and watch any old day of the week, you gotta be in the right mood to watch these films.

I watched it, and pretty much understood the symbolisms involved, also, analyzed if it was being mysoginistic or not, because the film is accused of being just that, I didnt really think it was.

Like Vinyan, this was a film about dealing with loss, and same as Vinyan, the woman accuses the man of being at fault for letting their child die. The woman lashes out at the father for letting this happen.

I saw vinyan on your suggestion I remember (and enjoyed it a lot) and when I got around to seeing Antichrist, I was surprised at how much they had in common. They both even have elements from a horror film in them.

Antichrist isnt a film I'd watch over and over again, but the power and the impact it makes upon watching it is undeniable.

Thanks for an in-depth and well considered comment, Franco. No doubt at all that the symbolism is key to the film, but I do wonder whether von Trier set too much store by the symbolism. It's very easy to see why the more conservative critics found it misogynistic, particularly as von Trier - here as in much of his other work - almost seems to be baiting the critics, provoking them into an emotive response.

An excellent point, too, that you need to approach von Trier's work with a certain kind of attitude. You need to be on your toes and ready to engage with the film.