Outside of Benjamin Britten's opera, the best-received adaptation of 'The Turn of the Screw' in any medium is Jack Clayton's 1961 film 'The Innocents', with Deborah Kerr as Miss Gibbens, the parson's daughter turned governess. Michael Redgrave adds a touch of first-reel sparkle as the too-busy-being-a-bachelor-to-deal-with-kids uncle to Flora (Pamela Franklin) and Miles (Martin Stephens). Meg Jenkins is the homely, slightly subservient Mrs Grose, while Clytie Jessop and Peter Wyngarde bring the chills as Jessel and Quint.

Franklin and Stephens are the archetype of creepy kids in the movies: too neatly-presented, too well-spoken, too perky, too damn sure of themselves. Too in tune with each other. Too secretive. Stephens was already a successful child actor, but only appeared in two more films after 'The Innocents'; he turned his back on acting to become an architect. Franklin's career extended into the 1970s, but unfortunately she found herself typecast in low-budget horrors. TV work bulks out most of her IMDb entries. Their influence, however, still reverberates: every creepy kid you've ever seen in the last four decades - from 'The Omen' to 'The Sixth Sense' - has about them something of the prototype established by Stephens and Franklin. 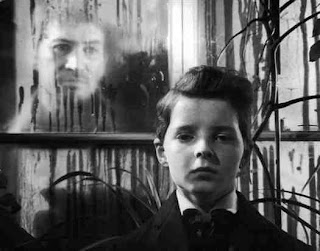 Beyond creepy, the swarthy, menacing figure of Peter Wyngarde (a TV favourite a decade later playing velvet-jacketed smoothie Jason King) as Quint is the film's ace in the hole. With just a few brief appearances and nary a line of dialogue, his presence hangs heavy over the entire production. Without Wyngarde, Deborah Kerr's nervy, brittle performance simply wouldn't work. Kerr, in case those last couple of sentences might seem to devalue her, is mesmerising: her performance is every bit as memorable as her triple role in Powell and Pressburger's 'The Life and Death of Colonel Blimp' and her sultry turn in Fred Zinneman's 'From Here to Eternity'. As a piece of characterisation, Miss Gibbens is arguably the highpoint in her filmography. But without the proper degree of preternatural inveiglement, Miss Gibbens's plight wouldn't inspire the slightest empathy. And it's Wyngarde who brings the scares.

If Wyngarde gets the man-of-the-match award for the cast, the crew member who deserves the most accolades is cinematographer Freddie Francis. 'The Innocents' succeeds on its atmosphere. From the opening frames - Miss Gibbens' appointment by the children's uncle; her journey to Bly - there's something slightly off-kilter about things. Sometimes you can put your finger on it: too-bright reflections of sunlight; vertiginous angles of the tower where Miss Gibbens first spots the shade of Peter Quint; a dove fluttering in slow-motion (preceding a similar shot in 'Blade Runner' by twenty-one years). Sometimes it's subliminal; an indefinable but pervasive sense of wrongness. I have no idea quite how Francis managed to make 'The Innocents' such an unnerving visual experience, but the man sure did a hell of a job. 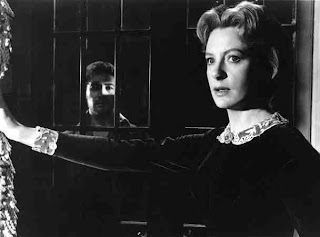 'The Innocents' is one of those rare films where every aspect gels: Clayton's direction, Francis's visuals, Georges Auric's score, the performances of the entire cast. 500 words into this article and I'm struggling to find much else to say. What works works because it's indefinable; an atmosphere, a feeling, a hair raising on the back of the neck, a shiver slaloming its way down the spine. It's not something I find I can analyse (which is good: film is not analysis, after all). But neither am I compelled to write about the film in any greater detail. There are plentiful set-pieces - the game of hide and seek, Miles's poem, Miss Gibbens' first glimpse of Quint, the appearance of Jessel and Quint by the lake - but there's really no point in my describing them; they define themselves so exquisitely.
Pauline Kael once said "great movies are rarely perfect movies", and I don't think anyone could put it any better. I've always admired 'The Innocents' more than I've actually liked it. I find that it does its job a little too well. I watched it again a few nights ago on Film 4 (unfortunately in a panned-and-scanned format) and at one and the same time couldn't find fault and couldn't get overly excited with it. The following day I decided, as a compare-and-contrast exercise, to settle down with a DVD I'd picked up in a sale a few months back but had put to one side (I'd looked up a few reviews shortly after acquiring it, all of them negative): Donato Rottuno's much-maligned 2006 melodrama 'In a Dark Place'.
It's fair to say that 'The Innocents' remains highly influential (its signature is visible on every frame of 'The Others' and there's more than a soupçon of it in 'The Orphanage') while 'In a Dark Place' is already all but forgotten. Well, it's a level playing field here on The Agitation of the Mind so join me tomorrow and let's see if 'In a Dark Place' has anything to offer beyond Leelee Sobieski's cleavage.
Posted by Neil Fulwood at 12:30 AM