Produced by John Woo (which accounts for a wonderful in-joke where a fluttering dove is shot down and revealed to be a cyborg) and with costumes designed by Miuccia Prada (yeah, let’s see your next animation outfitted by Gianni Versace, Dreamworks!), Shinji Aramaki’s ‘Appleseed Ex Machina’ is an iconic and visually astounding anime whose slightly derivative plot (bits of Isaac Asimov, Philip K. Dick, ‘The Matrix’ and ‘Aliens’ are all in evidence) functions as an excuse for Aramaki and his collaborators to worldbuild in gorgeous and jaw-dropping detail.

A sequel (though it works very effectively as a stand-alone film) to ‘Appleseed’, both features developed from a bestselling manga series, the concept had already been explored in an animated TV series. This was defined by a steampunk aesthetic, while the films depict a more ordered and antiseptic vision of the future – a utopia, albeit one that is heavily policed and where dystopian feeling is just beneath the surface. 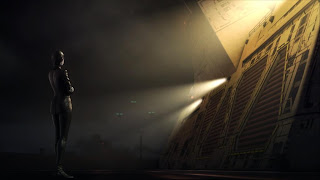 The plot concerns an ESWAT team (Extra Special Weaponry And Tactics) who are tasked with investigating a series of terrorist incidents. Impulsive operative Deunan Knute, partnered with the biroid (a former human re-engineered genetically so as not to feel emotion or make impaired judgements) Briareos, are concerned that the perpetrators seem to be cyborgs. Suspicion falls on arms manufacturer Poseiden, but a wider political context overshadows the investigation as Athena, the prime minister of Olympus (the most developed principality in a world still rebuilding after a destructive and debilitating war), involves Poseidon in a move towards implementing an Orwellian policy, ostensibly for the good of mankind, that would essentially make Olympus (or rather its ruling council) all-powerful.

‘Appleseed Ex Machina’ is as heavy on dialogue and exposition as it is on pumped-up action sequences, and for that reason viewing in a subtitled print (if you can get hold of one) is recommended. The English dub suffers from some poor vocal work (in particular the actresses voicing Athena and Poseidon’s CEO Yoshino mumble their way through the dialogue, which is fucking annoying as the political games between these two characters inform some of the film’s key scenes). 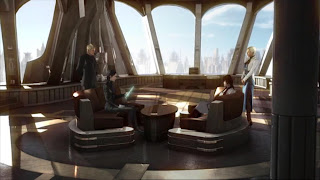 Crucially, though, the whole thing looks amazing. Mixing traditional cell animation and CGI, the effect is as close to 3D as you’re ever likely to come in a 2D production, and the visual imagination on display can’t be faulted. If there is a problem, it’s in the film’s po-faced seriousness and the paucity of emotional investment in the characters … although my better half informs me that the first film delves into Deunan’s past and her relationship with Briareus prior to him becoming a biroid; with this foreknowledge, there are a number of small moments in ‘Appleseed Ex Machina’ that hold a lot more meaning; without it, you could easily overlook them.
A minor quibble, though. You could watch this one with the sound muted and completely detach yourself from the narrative and let 105 minutes of pure cinematic eye-candy wash over you. “You’re going to have trouble picking screengrabs for this one,” Mrs Agitation warned me as we watched it. “No, I’m not,” I replied; “you could pause this film at random and have a perfect shot.” She grinned: “Exactly.” She was right. 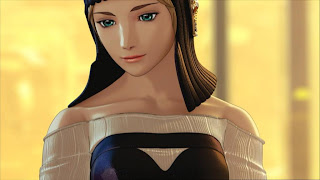 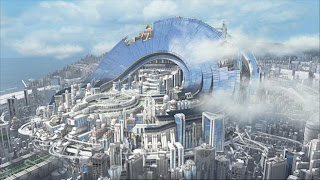 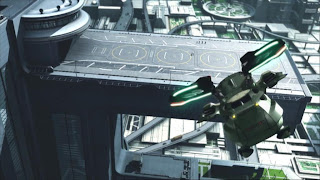 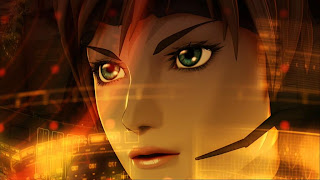 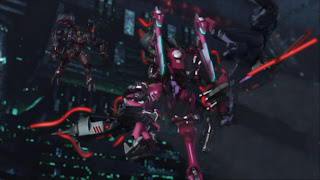 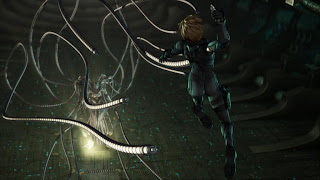