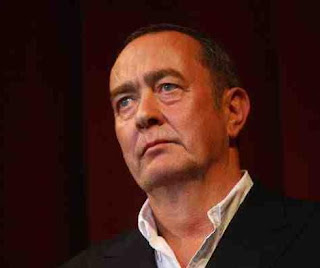 Writer, producer and director Bernd Eichinger passed away on Monday at the age of 61. According to reports, he died of a massive heart attack during a meal with family and friends. Hellish for them – and my heart goes out to them – but if there’s a preferable way to go, then surely it’s surrounded by those you love and care about.

In a career that stretched back to the late ’60s, Eichinger was least prolific as a director – just six titles (and two of those shorts!) with a 23 year hiatus between ‘Ein Weihnachtsmärchen’ in 1973 and the made-for-TV ‘Das Mädchen Rosemarie’ in 1996 – but it’s as a producer that he’ll be remembered.

Switching between Hollywood and his native Germany, Eichinger was behind a body of work that’s almost schizophrenic in its range and aesthetic merit, from prestige literary adaptations such as ‘The Name of the Rose’ and ‘Perfume: the Story of a Murderer’ (by way of a low-budget take on Ian MacEwan’s controversy-fest ‘The Cement Garden’) to low-brow popcorn fare like the ‘Fantastic Four’ movies and the ‘Resident Evil’ franchise.

Just to point up the schizophrenia of his CV, try watching ‘The Neverending Story’ and ‘Body of Evidence’ on a double bill. Or ‘House of Spirits’ followed by ‘DOA: Dead or Alive’. Yup, he produced ’em all.

But it’s probably with ‘Downfall’ that Eichinger’s name will most readily be associated in all future histories of cinema. A powerhouse, unflinchingly brave account of what was arguably his country’s darkest hour, ‘Downfall’ was the first German production to depict Hitler; moreover, it depicted him with neither sympathy nor apology; it dared to show the monster as a man.

Eichinger made another foray into Germany’s politically charged history with ‘The Baader Meinhof Complex’. As with ‘Downfall’ and ‘Perfume: the Story of a Murderer’, he also wrote the script.

I can’t help but think that with the hefty one-two punch of ‘Downfall’ and ‘The Baader Meinhof Complex’, Eichinger was on his way to forging a new era of German cinema, one that dared to take a long hard look at the recent past and report, harshly and without sentiment, on what it saw.