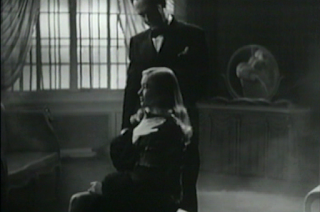 In 1935, Rene Clair directed ‘The Ghost Goes West’, a sparkling confection of romantic-comedic-supernatural shenanigans that remains an evergreen classic. Seven years later, with ‘I Married a Witch, it seemed like all he needed to do was whatever he’d done on the set of ‘The Ghost Goes West’ and Bob’s your possibly spectral uncle.

Sadly, the magic didn’t happen second time around; and equally sadly your humble blogger had this idiot idea that every film in this year’s 13 For Halloween selection would have the word “witch” in the title, so we’re stuck with ‘I Married a Witch’ when we could have been talking about ‘The Ghost Goes West’.

Mind you, thirteen films with “ghost” in the title would have gifted me a handful of classics and then left me to scrabble with the backfill of a certain syrupy Patrick Swayze/Demi Moore vehicle, ‘Ghost Rider’, ‘Ghost Ship’ and any dispiriting number of others.

Oh boy, can’t you tell I’m avoiding writing about ‘I Married a Witch’? Okay, deep breath, let’s hammer out a couple of hundred words and I promise I’ll have a better movie for you next time. There are two specific reasons why the film doesn’t work despite Clair being the absolute right director for this type of material. The first, ironically enough, is the source material itself. ‘I Married a Witch’ is adapted from ‘The Passionate Witch’, a novel by Thorne Smith that was published posthumously after being completed by a friend of the author’s. Smith’s literary reputation – though maybe I should put some quotation marks the size of jet aircraft around “literary” – was little more than a peddler of smut. The unfinished manuscript of ‘The Passionate Witch’ was finished off by someone who was a lesser writer even than Smith. None of this boded well for an adaptation. 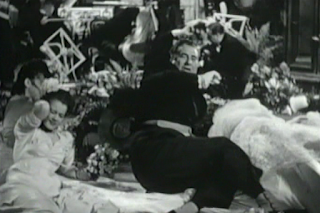 The second reason is not just an abject lack of chemistry between the stars – Fredric March and Veronica Lake – but the fact that they outright hated each other. March drifts through the film, palpably bored by the material. Lake – gorgeous enough to make a camera lens start composing romantic poetry – was a shoe-in for film noir femme fatale roles, but seems at a loss with the screwball comedy. Far better, albeit squandered in a nothing part, is Susan Hayward; she gets the (attempted) joke and plays the few scenes the script bothers to give her to the hilt. I could weep for a version of ‘I Married a Witch’ where Hayward had Veronica Lake’s role, Cary Grant had Frederic March’s, and the script just, y’know, worked it a bit more.

Having said all that, it’s not an entire write-off. The opening sequence is witty and incorporates a meta-joke half a century before “meta” was even a concept. Some effective potshots are taken at political campaigning and the kind of people who financially back candidates. There’s an interrupted wedding scene that gets funnier the longer it goes on; the frustrated attempts of a soprano of the Florence Foster Jenkins ilk to complete her showpiece are capped by a blunt but perfectly delivered punchline. Elsewhere, though, the humour is so laboured you’d think it was on a chain-gang, and the ending – doubtlessly intended as madcap – flails around in desperation and generates precious few laughs.

See it, if at all, for Hayward and the wedding sequence.

Ooops, just realised. I never got round to synopsizing the plot or even hinting at what the film’s about. Never mind. Clue’s in the title.
Posted by Neil Fulwood at 9:28 PM