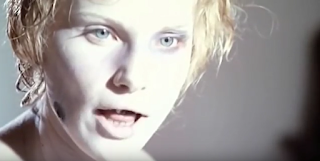 Armando Crispino’s ‘Autopsy’ is a film of two halves. In the first half, a wave of suicides sweeps Rome, somehow connected to solar activity. Overworked pathology intern Simona (Mimsy Farmer) labours on her thesis about staged suicides as a cover for homicide, icily rebuffs the advances of lecherous colleague Ivo (Ernesto Colli) and lecherous boyfriend-in-waiting Riccardo (Ray Lovelock), and is intrigued by her mysterious neighbour Betty Lenox (Gaby Wagner) who seems to be hiding a secret. Simona is also tormented by visions of the dead rising up from the morgue for a big ol’ undead orgy. When Betty turns up on a mortuary slab, Simona is thrown together with Betty’s brother Paul Lenox (Barry Primus), a former racing driver turned Catholic priest with the mother of all guilt complexes and some serious anger management issues.

To recap: aloof but sexy pathologist and nutjob priest team up to investigate suicides caused by the motherfucking sun! This is ‘Autopsy’ at its best, firing on all cylinders and gloriously demented. It lasts about twenty minutes. 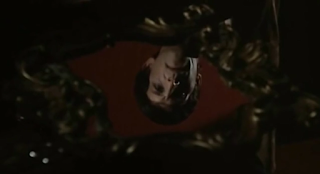 The second half devolves into a generic mystery that manages to be both labyrinthine in its contrivances and utterly boilerplate in execution. Basically, Simona discovers – as if nobody could have guessed given the nature of her thesis – that Betty was murdered under the guise of her death being a suicide. This established, we hear no more of heatwave-related by-one’s-own-hand demises, nor is Simona troubled by any further visions of corpses doing the nasty. All of the good, lurid stuff that makes the first twenty minutes move and groove and tick all the right boxes is cursorily junked in favour of Nancy Drew Meets Father Dowling With A Restraining Order.

The mystery plays out in bloodless fashion as suspects ranging from Simona’s playboy father Gianni (Massimo Serato) to his current squeeze Danielle (Angela Goodwin) by way of the creepy caretaker (Leonardo Severino) in Simona’s apartment complex all take their turn to traipse in front of the camera, behave suspiciously for a while then bugger off again. Or get offed just to prove they were red herrings. There are a lot of red herrings in ‘Autopsy’ and rather than add to the suspense, they try the patience. Round about the hour mark, the whole thing had got so needlessly complex, without a single decent set-piece or stylish directorial flourish, that my interest waned. It didn’t help, either, that character interactions quickly devolve to the level of telenovella melodrama. 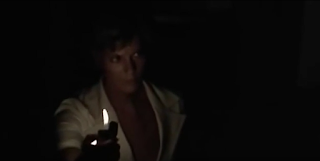 Ultimately, ‘Autopsy’ can’t decide what it wants to be. It starts off with a bizarro concept and a grab-bag of horror-specific imagery, then its tries to be a giallo but without any of the visual panache or narrative urgency that are the hallmarks of the best of that genre, before ending up as a mainstream-audience-friendly romantic thriller with a vertiginous finale that wants to ape Hitchcock. Oh, and just in case the audience start getting bored, it throws in a fair bit of nudity without ever trying to generate the frisson of eroticism.

Still, it’s got that splendid opening section and Farmer and Primus play off each well. In an alternative universe, though, there’s a cut of ‘Autopsy’ that makes good on these things, Simona and Father Lenox hurtling elliptically through the swelteringly surreal landscape of a Rome heat-seared into mania – a sort of ‘Footprints on the Moon’ but with the sun.
Posted by Neil Fulwood at 9:04 PM