GUEST REVIEW: The Theory of Everything

With Eddie Redmayne picking up Best Actor at last night’s Bafta Awards ceremony and the film itself lauded with the Outstanding British Film gong, my good friend Viv Apple picked the right time to cast an eye over ‘The Theory of Everything’. 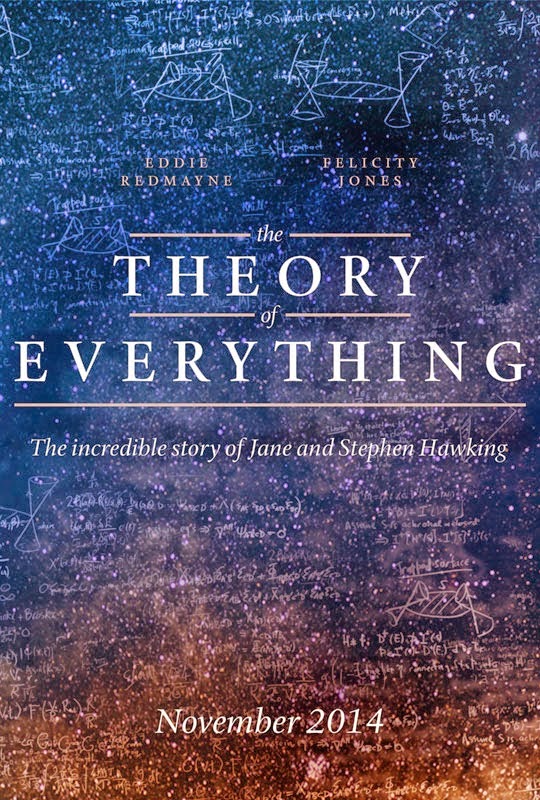 Eddie Redmayne’s portrayal of Stephen Hawking in The Theory of Everything is a revelation. He seems to be Stephen, even more than other actors seem to inhabit the characters they play, probably because the characteristics of the renowned scientist are so unique and so familiar: the mechanical yet meaningful smile, the slant of the head, the electronic voice.

We first meet Stephen at Cambridge before he is diagnosed with Motor Neuron Disease, and the film tells the story of how he met his future wife, Jane (Felicity Jones), and their life together up to the time when their marriage ended.

Although some of the incidents are not factually accurate, a common phenomenon in film biographies, this may not be the most annoying feature to anyone who thinks of themselves as a scientist. For this is really a love story, so it is perhaps understandable that the film does not linger on the most important factor in Hawking’s life: science. The film is based on Jane Hawking’s biography, Travelling to Infinity: My Life with Stephen, and there are a few sequences where Stephen is chalking up mathematical equations and talking to professors, but these are almost incidental. This may seem strange but it also seems right, because the film is about relationships - those between Stephen and Jane, and later on between the couple and Elaine Mason and Jonathan Jones, who subsequently become their respective second spouses.

Stephen Hawking himself apparently approved of the film, which is very pleasing to know because the story of his remarkable life is not only fascinating and very moving, it is also incomplete. In his early 20s Stephen was given only two years to live, but at the age of 73 he is still working on the ‘real’ theory of everything.