Thanks to my buddy Aaron of The Death Rattle and The Gentlemen’s Blog to Midnight Cinema for the following review.
FIFTH CORD is a Giallo noteworthy for being shot by Vittorio Storaro (APOCALYPSE NOW) and starring Franco Nero (click on his name to see the greatest IMDB profile picture ever). It opens with a tape recording of the film's killer (who sounds an awful lot like Vincent Price), which acts as a bit of foreshadowing, I suppose. Cue one of the worst opening theme songs to a Giallo ever as we're introduced in shorthand to most of the film's characters as they interact with each other in a nightclub. Fortunately, Ennio Morricone redeems himself for his horrible opening theme with a subsequent score that sounds similar to his work on other Gialli, notably Dario Argento's BIRD WITH THE CRYSTAL PLUMAGE. Strange, considering that the film itself bares a few similarities to Argento's directorial debut. 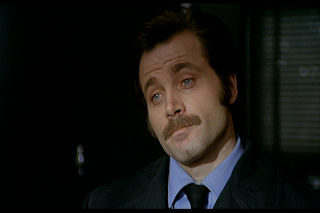 Italian tough guy actor Franco Nero plays a journalist with the not-so-tough name of Andrea. From the start, you get the feeling that he's a full blown alcoholic because of the fact that every time you see him he's pretty much shit-faced; not quite on the level of his character in HITCH-HIKE, but sauced nonetheless. However, as the film progresses, the "drunk" angle is dropped completely, which indicates that it's merely a cheap way of establishing Andrea as a character with flaws. Speaking of Andrea, he's a stereotypical Giallo character, in that he represents the everyman who's thrust into a situation where he's surrounded by murder and suspicious people, leading him to take on the role of an amateur investigator. In most cases, the protagonist is a contrast to the inept detectives who are usually investigating said murders, but in this particular film's case, there are no detectives to be found. 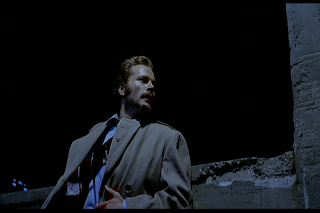 It all begins with a socialite being attacked in a tunnel by an unknown pipe-swinging assailant. He survives but is hospitalized for the beating he took. A series of murders follows; presumably the work of the aforementioned attacker, since the killings - though seemingly random at first - all involve people who know each other, including the man who was beaten in the tunnel at the beginning of the film. Subsequently, the film turns into one of those Gialli where it's extremely hard to keep track of what's going on because of the fast pace, the numerous characters who are introduced for brief periods of time, and a seemingly endless amount of information being thrown out there for the viewer to process. As far as the killer, it's impossible to discuss that person's trademarks or motives without spoiling anything, but I can say that the killer's get-up looks identical to the mysterious slasher in CASE OF THE BLOODY IRIS: yellow gloves, black coat, black mask. I can also say that the killer is not Vincent Price, unfortunately. 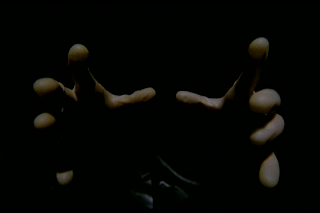 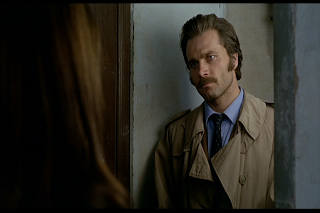 One of the things I love about Gialli, personally, is that a lot of them take place in upper-class areas of Italy and usually involve a bunch of yuppie scumbags, and THE FIFTH CORD is no exception. The worlds of gorgeous women who look like fashion models (and the handsome Italian men who fuck them and treat them like dogs) are shaken to the core by a mysterious killer who infiltrates their upper-class society and leaves a trail of dead bodies. Also, like most Gialli, there's an emphasis on style over substance in THE FIFTH CORD. To be fair, I believe the filmmakers had good intentions but simply fell short in some areas (namely the storytelling), resulting in a standard-but-stylish Italian thriller that doesn't really stand out from the Gialli that preceded it. 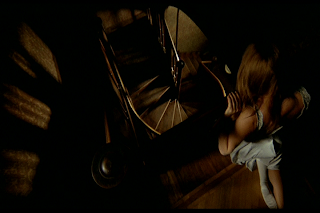 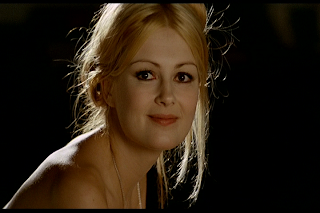 As someone who's seen enough Gialli to have a good understanding of them (although I'm certainly no expert by any means), I feel comfortable saying that THE FIFTH CORD is worth seeing if you're a fan of the genre, but unless you're a Franco Nero completist (which you should be) I wouldn't recommend going out of your way to do so.
Posted by Neil Fulwood at 2:06 AM