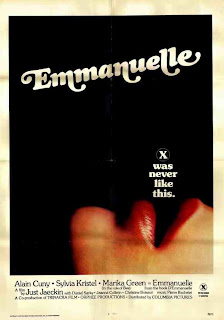 The set-up is quite simple: Emmanuelle (Sylvia Kristel) and friends visit a Bangkok massage parlour where they are soaped up, rinsed off and and given what you might euphemistically call a full body massage by three incredibly nubile, supple and curvaceous Filipino girls. For about five minutes. (Go here for an excerpt from the scene. Warning: it’s NSFW and then some!) 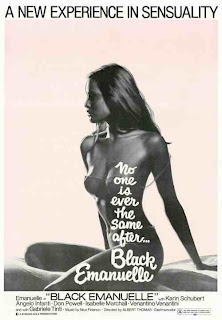 And there the story might have ended. But for the supreme and indefatigable cinematic talent that was Joe D’Amato. (That was me being sarcastic, by the way.) Born Aristide Massaccesi, he made quite a name for himself as a cinematographer before launching a directorial career. It kind of sets the pattern that his first half dozen or so movies were either uncredited or directed under pseudonyms. In fact, to the best of my knowledge, he made only two features under his own name, the first of which was the flawed but watchable giallo ‘Death Smiled at a Murderer’.

The rest of his filmography – clocking in at over 200 titles! – was pseudonymous. Covering just about every genre from sword and sandal to spaghetti western to (at the fag end of his career) hard core pornography, he utilized at least 40 pseudonyms. I say “at least”: it’s a popular theory amongst D’Amato aficionados that there remain any number of unattributed D’Amato films simply because his entire oeuvre of pseudonyms has not been fully catalogued.

There is a little part of my mind that turns into an exploding catherine wheel festooning the inside of my skull with gold, crimson and silver contrails purely at the thought that this film even exists. There is a slightly larger part of me, located roughly between the lower intestine and the sphincter muscle, that lurches sickly at the same thought. 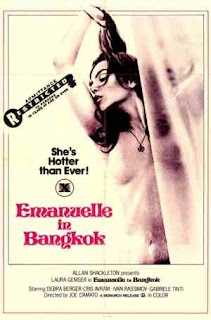 So: Joe D’Amato. The man who took up the reins of the Black Emanuelle franchise. A man with no conscience, no remorse; a man who was to cinema what Jack the Ripper was to escort agencies. What excise men were to illegal stills hidden in the highlands of Scotland. What Guy N. Smith is to the Booker Prize. What Aqua’s ‘Barbie Doll’ is to grand Italian opera. What Lindsay Lohan is to a “just say no” campaign. What Tony Blair and George W. Bush are to the truth.

Anyway, you get the picture. Joe D’Amato = cheap exploitation.

Joe D’Amato made the next five Black Emanuelle films, even going so far as to bequeath unto future film historians the penultimate of the cycle – ‘Emanuelle and the Last Cannibals’ – under his birth name. It was just plain old Joe D’Amato on the others, and it was as Joe D’Amato that he steered Black Emanuelle into the realms of sexual violence, contentious content and hardcore inserts that Ms Gemser was quick to point out she never knew about or participated in. 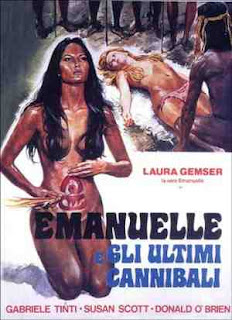 In addition, a further eight ‘Emanuelle’ titles, starring Laura Gemser, were made between 1976 and 1983, by such masters of world cinema as Mario Bianchi and Bruno Mattei. (If I mention that Bianchi was responsible for ‘Satan’s Baby Doll’ and Mattei for ‘Zombie Creeping Flesh’, that should tell you all you need to know.)
This gives us a total of 15 Black Emanuelle movies. But since I doubt my sanity or my wife’s patience would survive a fortnight-long trawl through the whole lot, I’ll be giving over the next week to a representative sampling of seven of them. Join me from tomorrow on The Agitation of the Libido.
Posted by Neil Fulwood at 7:19 PM