I was tagged last month by Hans at Quiet Cool for one of the more interesting memes making the rounds.

The remit, as established by The Dancing Image (with a nod to a breathtakingly beautiful gallery of cinematic images published on the iconoclastically named Checking On My Sausages), is: “a gallery of images chosen by you to stand for so much of what makes Cinema such a rich and exciting medium.”

1. Pick as many pictures as you want - but make them screencaps. These need to be moments that speak to you that perhaps haven't been represented as stills before.

3. You MUST link to the original gallery at Checking On My Sausages and the gallery at The Dancing Image.

I decided to hang fire while I finished up the dozen or so crime movie reviews that made up Shots on the Blog last month on Agitation. During this time, I had plenty of opportunity to consider a theme for my gallery. In the interim, numerous excellent bloggers took up the baton and posted evocative sequences of images.

What finally decided me on a theme was purely accidental. My wife attended a training seminar last month which required her to make a PowerPoint presentation; the attendees could pick their own subject. Paula gave a presentation on Hayao Miyazaki and Studio Ghibli. Some of the slides she presented were screengrabs illustrating the recurring themes/concerns in Miyazaki’s filmography: environmentalism, feminism, the work ethic, flight.

The idea of flight took hold of my imagination. It encompassed the literal, dangerous and realistic concept of flight (particularly as portrayed in war movies) as well as the more romantic/outlandish depictions of mankind’s obsession with the defiance of gravity. I can’t quite explain why it was so important to me to balance the realistic with the fantastical except that, in itself, said paradox goes some way towards explaining why cinema is the art form I’m most passionate about. 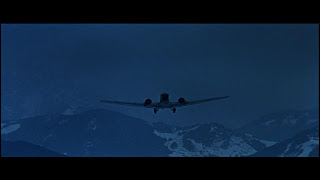 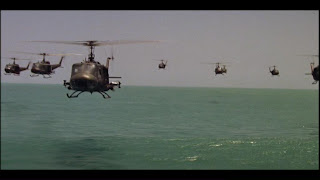 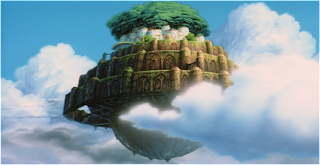 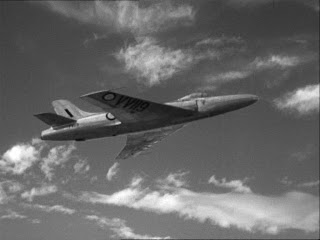 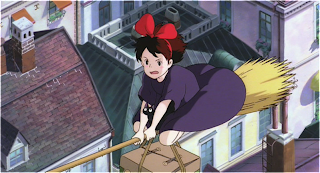 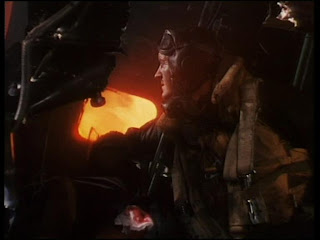 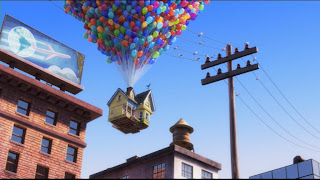 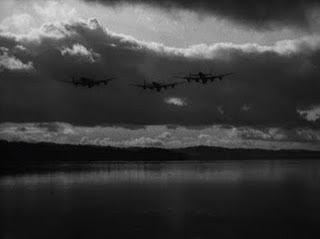 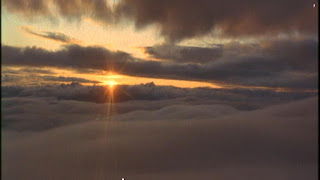 Images from: ‘Where Eagles Dare’, ‘Apocalypse Now’, ‘Laputa, Castle in the Sky’, ‘The Sound Barrier’, ‘Kiki’s Delivery Service’, ‘A Matter of Life and Death’, ‘The Aviator’, ‘Up’, ‘The Dam Busters’ and ‘Badlands’.
The following bloggers are duly tagged:
1. Aaron at The Death Rattle
2. Francisco at The Film Connoisseur
3. Kate at Love Train For The Tenebrous Empire
4. Bryce at Things That Don’t Suck
5. David at Tomb It May Concern
Posted by Neil Fulwood at 9:29 PM

"I can’t quite explain why it was so important to me to balance the realistic with the fantastical except that, in itself, said paradox goes some way towards explaining why cinema is the art form I’m most passionate about."

A great set of inspiring images, Neil. The sense of joy and adventure in Ghibli is expressed best in the claiming of the sky.

I'll get to working on this as soon as I can. I like the theme you went with, by the way. Good job.

Very nice collection! I particularly was taken with that one from THE AVIATOR. Makes me want to rewatch it now.

Thanks, guys. I had fun putting the gallery together. I love the way the stills from 'A Matter of Life and Death' and 'The Aviator' pair off. Likewise those from 'The Dam Busters' and 'Badlands'. Films you'd probably never pair on a double bill, but those isolated images make perfect sense together.

You know, I think I might make themed image galleries a semi-regular feature of the blog.