Before October draws to a close and I dedicate the fallow period of November and December to cynically destroying every last vestige of yuletide spirit with the 4th Annual Winter of Discontent, it would be remiss if I didn’t mention some great writing that’s happening out there in the blogosphere.

Amidst my 13 For Halloween schedule, I’ve managed to chip in two reviews as part of the Italian Horror Blogathon – itself in its fourth year – at Kevin Olson’s blog Hugo Stiglitz Makes Movies.

I was invited to contribute to Bill Ryan’s literary themed The Kind of Face You Slash (such is the name The Kind of Face You Hate assumes during Halloween), but regrettably had to decline due to time restraints … in other words, having to bloody go to work when I should be writing florid reviews of gory fiction for this blog and others. Damn you, mortgage and debts, damn you all to hell!

Over at Tim Brayton’s Antagony & Ecstasy – which is to film blogging what Talisker is to single malt whisky – an audacious, city-stomping, Godzilla-sized retrospective has got underway: Review All Monsters. If you have to, throw a sickie or take annual leave in order to catch up with Tim’s daikaiju delirium.

Oh, and did I mention earlier that my own humble year-end sleaze-fest, the Winter of Discontent, is imminent? Here’s a small taste of what you’ve got to look forward to: 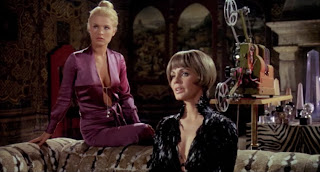 OMG Studios Noida Expressway are the finest studio suites one can find in Noida and its location too is a landmark one. So if you wish to buy an individual abode for yourself then do have a look at OMG Expressway.

OMG Noida or Oh My God is a project which is being launched by Bayaweaver, the realty arm of the realtor Better Option Propmart.


OMG expressway Noidalaunched its new Residential and Commercial project at a prime location of North central region of India which offers luxurious apartment and Commercial space in Noida with world class facilities and amenities.

Supertech Golf Suites is offering complete solution of your residential needs with its highly-efficient studio apartments.

Bayaweaver LTD is a developer which has entered in the realty market of Noida in the year 2013. It has rolled out its first project in market by the name Oh My God which is located in sector 129 of Noida.

Bayaweaver HOME is an eye catching venture that is elegantly designed to be listed in the master pieces.


Arihant Ambar Noidawhere you will be mesmerized by the breath taking life style being served at the place. the striking features of the company are availed to you at convenient price.