Thanks to my good friend Viv Apple for this evocative and poignant piece. 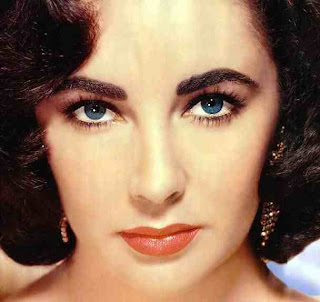 The news on Wednesday of the death of Elizabeth Taylor, and the subsequent tributes and articles about that fabulous star, triggered memories I thought I’d long forgotten. In particular, ‘National Velvet’ (1944). It was this film which introduced me to the magic of cinema and made Taylor’s name as a child star, though she had also shone in ‘Lassie Come Home’ in 1943 - which I missed as I was evacuated to Staffordshire from London to avoid Hitler’s buzz-bombs.

I was a small girl with dark hair so I suppose I must have identified with Elizabeth Taylor – though I never consciously compared myself to the violet-eyed beauty. ‘National Velvet’ may not have been my first visit to the cinema, but it was the first film I can remember being moved by. The emotions engendered by child actors and animals in the story, and especially Elizabeth and Velvet, were as strong as falling in love and lasted longer than many love affairs.

From then on, my mother and I would walk the mile or so to the Astoria in Streatham High Road about once a week, and many of the films I saw then remain in my mind. When I was still very young another animal weepy, ‘The Yearling’, impressed me so much that I asked for the book (by Marjorie Kinnan Rawlings) for my birthday and read it with tears streaming down my face. Cartoons were a favourite of course, with ‘Bambi’ top of the list (more tears!). There must have been many funny cartoons (and indeed there were lighter moments in ‘Bambi’) but the most memorable cartoon for me was the terrifying ‘Fantasia’ with its overwhelmingly oppressive shapes of vivid colour advancing towards me as I cowered in the one-and-nines.

Cinema in the 1940s and 1950s was very different from what it is today, and not just because of the over-acting and immovable hairstyles. Smartly uniformed usherettes would show us to our seats with torches, and we would sit in the stalls waiting for the B movie to begin the programme - or it may have been Movietone News which came on first. Then I would beg for an ice cream from the lady with a tray of goodies and a long queue. At some point, a large organ would slowly emerge from its underground lair just in front of the screen and the organist would start playing the same tunes, week after week. Finally, after what seemed like an hour but was probably no more than ten minutes, the organ disappeared again and the screen curtains would open with a magic click, click, click... The beam of light from the projection room behind us was always alive with patterns of smoke from the patrons’ cigarettes, thick and dusty, as it shone messages from Pearl & Dean onto the screen.

But it wasn’t all wide-eyed fascination. If the organist was boring, that was nothing to some of the B movies. English films then had a reputation for being of a lesser standard than the amazing Hollywood productions, and many were cheaply put together to fill a gap. They must have been boring because I can’t remember any of them. There were honourable exceptions, such as the Ealing comedies, but these were the main feature and not the one to be sat through whilst fidgeting with the seat in front. Even some American films could be tedious to young eyes; adults loved the musicals of Busby Berkeley, with all the Busby Babes dancing on endless staircases in dreamy dresses, but we children found these sequences excruciatingly dull.

Now, of course, I can appreciate the skill and artistry of the old musicals. But the really great movies of the 1940s and 1950s have always been loved, both then and now. Great stars made them, and none greater than Elizabeth Taylor, whose remarkable career and life was more interesting than any movie.