Thanks to Aaron of The Death Rattle, and regular contributor to the always excellent Gentlemen’s Blog to Midnight Cinema, for the following article.


A FILM UNFINISHED is a documentary that focuses on an unearthed and incomplete Nazi propaganda film simply labeled as "Das Ghetto", as well as a missing reel of rough footage which reveals how the Nazis manipulated and staged certain scenes in said propaganda film to make the Jews look as "inhuman" as they accused them of being. The "Ghetto" in the title of the propaganda film refers to the Warsaw ghettos of Nazi-occupied Poland, which were inhabited by dangerously malnourished Jews who lived in their own filth leading up to the ghetto's eventual destruction in 1942 at the hands of the SS. 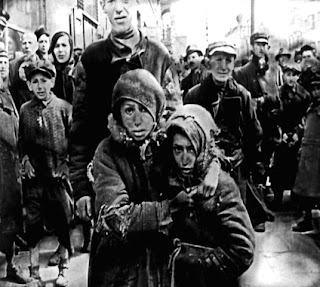 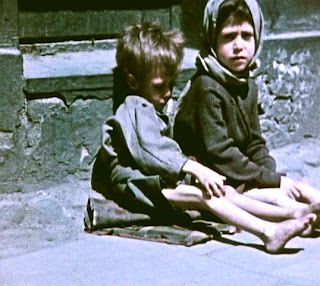 The documentary also shows three survivors of the liquidated ghetto (who were only children at the time, obviously) watching the footage of the propaganda film for the first time. Without their emotional and revealing testimonies to back up the filmmaker's attempt at more or less exposing the Nazis, A FILM UNFINISHED would have ironically bordered on propaganda itself. Granted the Nazis deserve it if you look at things from the victims' point of view, but as an outsider looking in (that would be me), the slander of Nazis in cinema or otherwise is anything but breaking news; more like beating a dead horse. 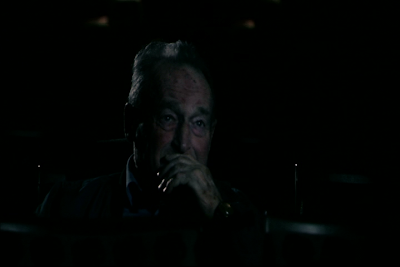 "Every time you see a holocaust film, you have to ask yourself the question: What does this add to what we already know?"

The above quote is an excellent point brought up by Michael Berenbaum, whose name you can click on if you'd like to see his credentials. Perhaps it's not really in my best interests to speak on the holocaust, or even World War II in general for that matter. Stick a quarter in me and I'll talk about horror movies all day long, but world history - no matter how crucial - has never been my expertise. Why I even sought this documentary out in the first place was purely based on curiosity, and not necessarily an interest in the subject matter. But, to answer Berenbaum's question, what separates this film from a majority of the holocaust footage out there (let me stress that I'm merely assuming based on what limited knowledge I have on the subject matter) is that it provides a raw look at the events leading up to the Warsaw massacre. 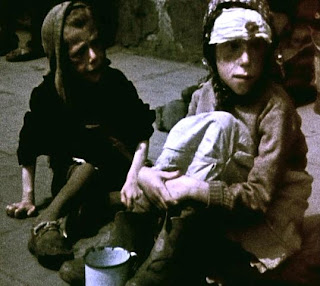 A dramatic re-enactment of a testimony from one of the Nazi cameramen himself, Willy Wist, reveals that upper-class Jews were transported to Warsaw from Germany in order to provide a contrast between them and the poverty stricken Jews of the ghetto who were on the verge of death, only to be executed themselves. Perhaps the saddest thing about the documentary isn't necessarily the exploitative footage of the dead bodies on the streets and, eventually, being unceremoniously thrown into mass "graves", but the knowledge that the Jews who were being filmed were oblivious to the fact that they were about to be sent to camps or executed right there on the spot in a matter of days, and no I'm not talking about the type of camps that Ernest went to. However, with no way to verify the accuracy of Wist's testimonies, I can only take what this documentary's portrayal of Wist said with a grain of salt. 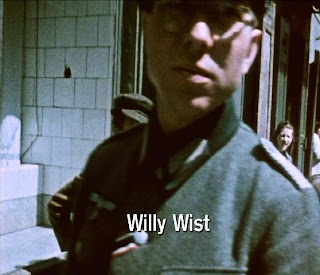 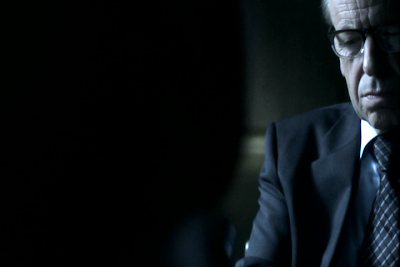 A FILM UNFINISHED is what it is, for lack of a better term. It provides a heartbreaking - albeit understandably biased - look at the living conditions (or lack thereof) of a large group of Jews in Warsaw during World War II, prior to them being exterminated like vermin. The documentary is very well-made to boot. Seek it out if you have an interest in the subject matter. Amazingly, even though there are holocaust museums and documentaries shown on television that deal with similar subject matter - all accessible to children, with or without adult supervision - the MPAA has given this documentary an R-rating, which further adds to the argument that the members of the Ratings Board are a bunch of Nazis.
Posted by Neil Fulwood at 8:31 PM

A film like this is very unusual from the German perspective because it was overall illegal to take photos or film anything to do with events surrounding the fate of the Jews. Most of what we see in books are either taken surreptiously or from propaganda units and strictly controlled in release.
It is of course obvious in that the powers to be were trying to hide what was actually happening from the German public and the world at large.
There are photos etc in existance of course but they aren't as amny as you would think considering the size of the crime.
I hope this film makes its way down under into my hot little hands as the holocaust is a fascinating period of history even though it is so appalling.

I agree, Aaron, about what can this add to an already crowded lot. That's not to say it's not a well made documentary (I've not seen it), but where are all the docs regarding what Japan did to the Chinese and their other POW's during WW2? There are some, but not many. In my view, what they did was far more savage than anything the Nazis did. Not to undermine their crimes, but reportedly, even Hitler was appalled at the things the Japanese were doing and apparently, from books I've read, one reason so much of it has been swept under the rug is that America viewed Japan as a future ally of importance.

Apparently, Uwe Boll has a new movie either in production or already finished about the Nazi death camps and it looks to be nothing more than a shady attempt at cheap notoriety.

This documentary does look interesting especially coming from the German perspective. But then, not all the Nazis were sympathetic to Hitler at that time, either.