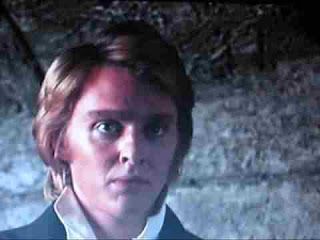 Anyone who has followed Cinebeat’s articles on cult British actor, novelist and artist Shane Briant will already be aware of Robert Kenchington’s Shane Briant Tribute Site.

I knew Robert many moons ago in my pre-blogging days when a shared love of classical music and an appreciation of convivial drinking establishments defined some memorable evenings in Nottingham, Birmingham and London. After Robert’s move from the Midlands, I was remiss in keeping in touch and we fell out of contact for a while.

Then Robert’s email – with the appropriate subject line “a blast from your past” – landed in my inbox a couple of days ago; he’d recognized me from Agitation (despite the addition of a few years, more than a few pounds and a different haircut on the profile picture) and dropped me a line about his Shane Briant site.

For anyone who’s not visited and has the remotest interest in cult movies, go here. If there’s a more comprehensive Shane Briant resource on the web, I must have missed it!
Posted by Neil Fulwood at 9:30 PM