I was violently ill last night and spent most of today laid up feeling sorry for myself; consequently this week’s Giallo Sunday entry is bit more rough and ready than usual. 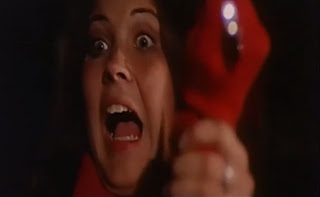 Another case of a dementedly brilliant original title rendered bland for the English-speaking market: ladies and gentlemen, put your hands together for Umberto Lenzi’s ‘Gatti rossi in un labirinto di vetro’ (trans: ‘Red Cats in a Maze of Glass’).

The title’s not as tenuous as you may think. The “red cats” bit references a witnesses description of the murderer, identity hidden under a red macintosh, plunging through rain-strewn shrubbery away from the scene of the crime. The “maze of glass” bit … ah, that would take us into spoiler territory. 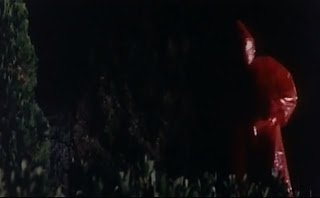 Set in Spain, ‘Gatti rossi in un labirinto di vetro’ follows a package tour as they do the rounds of the tourist spots. Under the less than trustworthy aegis of tour guide Martinez (Raf Baldassarre) – a man who letches after anything in a skirt and enjoys playing not particularly endearing practical jokes – the group includes elderly cleric Reverend Bronson (George Rigaud), married couple Robbie and Gail Alvarado (Daniele Vargas and Silvia Solar), same sex couple Lisa (Mirta Millar) and Naiba (Ines Pellegrini), the laconic Hamilton (John Bartha) and his jailbait granddaughter Jenny (Veronica Miriel), and Paulette (Martine Brochard), ostensibly travelling alone but who bumps into her boss (and lover) Mark Burton (John Richardson). Mark is looking for a bit of the old in-out-in-out with Paulette while his wife Alma (Marta May) is recuperating at a clinic back in the States.

Then a murder occurs: a young woman, knifed to death and her left eye gouged out. A second killing takes place: one of the group, same modus operandi, during a ghost train ride at a funfair. Inspector Tudela (Andres Mejuto) – a week away from retirement – reluctantly gets saddled with the case. Tensions develop between the holidaymakers; suspicions are rife. Things get murkier when Mark discovers that Alma never showed up at the clinic and may be stalking him in Barcelona. Then there’s the revelation that certain parties might be implicated in a crime back in America; a guilty secret that has come back into their lives a continent away. 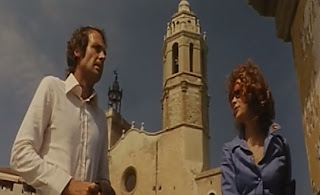 On one hand, ‘Gatti rossi in un labirinto di vetro’ is fairly boilerplate: the cop on the verge of retirement, the randy tour guide, the bickering couples, the unstable wife hovering in the wings. There are references aplenty to other films, most notably ‘Don’t Look Now’. The carousel of suspicion which whirls from one character to another until everybody on the tour bus seems to have motive, opportunity or hidden agenda is pure Agatha Christie. Red herrings swim through scene after scene with fishy abandon. The killer’s motive, when finally revealed, is as random as, say, that of the antagonists in ‘Strip Nude for Your Killer’ or ‘The Case of the Bloody Iris’.

And yet there’s much to enjoy: the peregrinations of the tour bus allows Lenzi to juxtapose the brief but full-blooded murder scenes against chocolate box cinematography; the focus shifts almost constantly, denying the easy identification of a protagonist and keeping an atmosphere of uncertainty simmering away; and the set-pieces are well staged, Lenzi cleverly orchestrating the comings and goings of the tourist group so that any one of them could have done the deed and no-one has a cast-iron alibi. 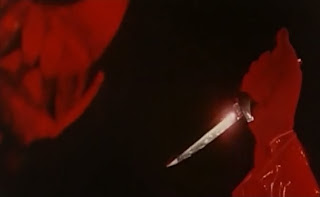 The cast do an okay job, even if the English dub I watched lumbers them with clunkily expositional dialogue. Elsewhere, though, ‘Gatti rossi in un labirinto di vetro’ delivers what you want from a giallo. The required amount of blood, nudity and J&B is present and correct. The whole thing moves along at a decent enough pace and Lenzi pulls some iconic and – at the denouement – effectively icky imagery out of the bag.