(Two posters and a haiku: positively my laziest ever contribution to the Final Girl Film Club. A tip of the chapeau to Bryce at Things That Don’t Suck; the first paragraph of his review gave me the idea.) 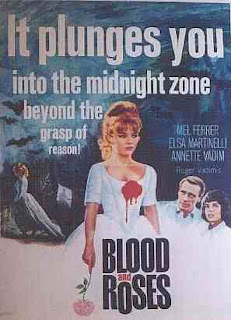 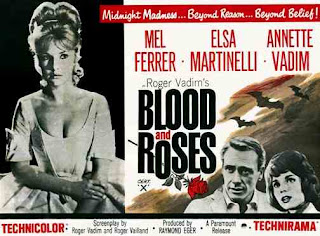 So Mel Ferrer actually gave himself the chance in persuading the world he could act by NOT appearing next to Audrey Hepburn in a movie!!!!!!!
Poor bastard, imagine being married to a woman who became one of the greatest actresses ever and you were never much of anything within your own career!!

Your haiku manages to convey more depth than the actual movie.

(that said, the movie's awesome)

Those are some worthy Ohs!

Brent - yeah, there was a definite discrepancy between Hepburn's career trajectory and Ferrer's.

Erich - many thanks. I pride myself on the haiku, but even the last line doesn't quite convey the visual frisson of the film itself.

Bryce - credit where it's due: it was your "Oh, Roger Vadim" opener that gave me the inspiration.